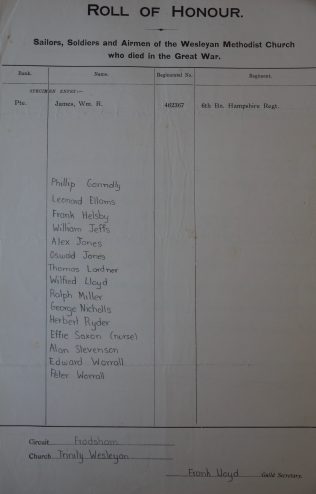 The fourteen men and one woman who were associated with this church and who died in the Great War were:

The war memorial in front of the church has recently been restored, and was rededicated on 3rd May 2017. There is a description of the service, and photographs of the memorial at