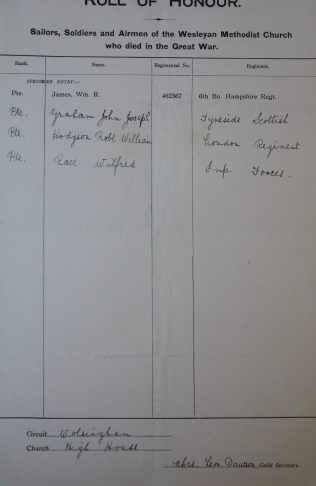 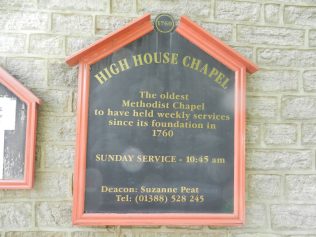 Three men from this early Methodist chapel and Sunday School are listed as having died in the war.

There is a full roll of honour, listing these men and twenty-three who returned, in the vestry. There are photographs and a list of all the names at

In the context of how it was decided who should be commemorated on the rolls of honour and war memorials it is worth noting the heading of the framed document in the vestry “have been, or are now connected”

Of the three who died, two had left the area before the war.