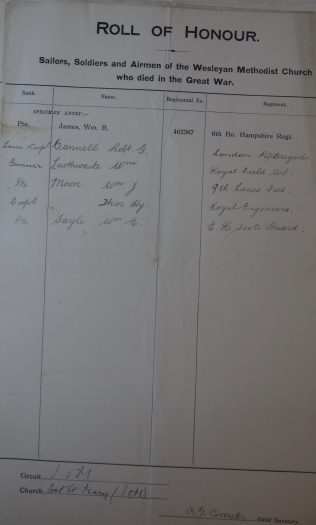 There is a Roll of Honour in the chapel listing the Sunday School scholars from this chapel who served in the war. On the Imperial War Museum site there are two lists: of the eight who died and the thirty-two who returned (which includes some nurses). All the five men named above are wrongly recorded by the IWM as having returned.

The eight Sunday School scholars said to have died were:

R. Elliot           There is insufficient evidence to identify this man

J. Sansbury   There is no record of him dying