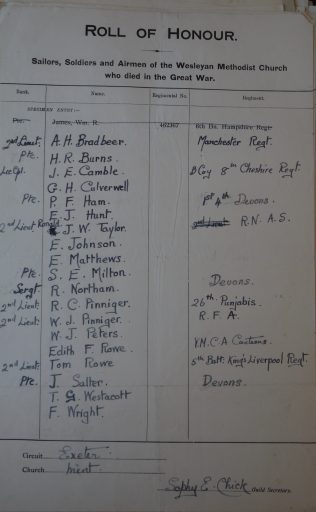 Mint, Exeter stands out from the other chapels in having a large proportion of officers among the fallen, and in having recorded a female casualty.

Pte. H.R. Burns  no further information can reliably be attributed.

E. Johnson no further information can reliably be attributed.

[These two men were brothers]