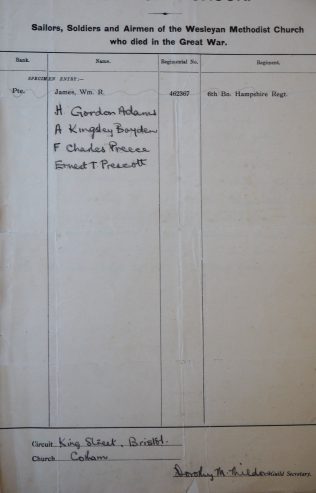 He was the son of the Rev. Peter Prescott, who had been minister at the church between 1889 and 1894.