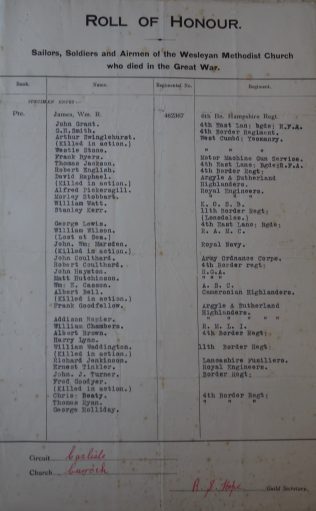 Albert Bell,  no record of this man can be found serving with the Cameron Highlanders or the Cameronians. His name does appear on the Upperby War Memorial in Carlisle.

Fred Goodyer,  no information can be found.

The chapel does not appear to have had a war memorial.