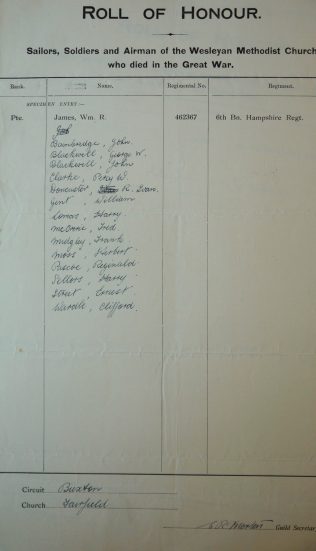 The current Methodist church in Fairfield is modern. The chapel attended by those listed on the Roll of Honour was built in 1887. The fourteen men remembered are

The other four had moved away from Buxton before their enlistment.