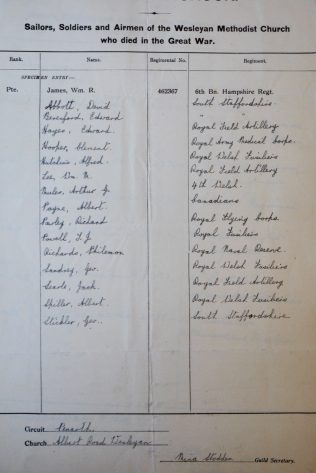 There used to be a memorial plaque on the organ at this church. Details may be found at https://www.iwm.org.uk/memorials/item/memorial/37254

This listed, in addition to the names above, a young man who died after the war.