You are here: HomenextPlacesnextWesley, Hobart

On morning wings ... to world's end 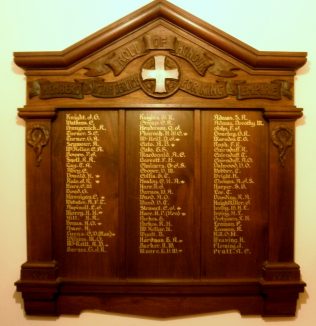 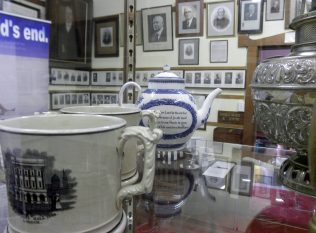 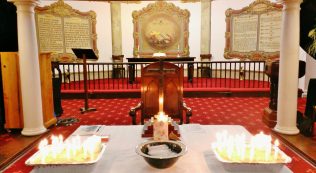 The Wesley Hobart Congregation of the Uniting Church in Australia traces its history back to the first Methodist Class Meetings held in what was then Van Diemen’s Land (and part of New South Wales) following the visit of the Wesleyan missionaries, Revs Carvosso and Mansfield whilst en route to Sydney in 1820.

Rev William Horton and Mrs Lydia Horton, in 1821, became the first Wesleyan missionaries to reside in Van Diemen’s Land (Tasmania). They were joined by Rev Ralph Mansfield and Mrs Mansfield in 1823, with Rev Benjamin Carvosso and Mrs Deborah Carvosso returning to Hobart Town in 1825.

It was through their consolidated labours, together with the faithful support of the lay folk and families: Noakes, Waddy, Donn, Pullen, Lovell, Kneale, Shoobridge, Chapman, Hiddlestone and Household that the congregation took root and flourished.

The later story records the sending of the missionaries, Revs Samuel Leigh, Nathaniel Turner, John Waterhouse and many others, whose vision looked beyond the Australian Colonies and into the further Pacific.

The Wesleyan and Primitive Connexions attained organic union in Australia in 1902.

In 1927, the Hobart congregation established a museum as a memorial to the “departed trustees who faithfully served their generation”. Today, Wesley Hobart Museum conserves and interprets a remarkable collection and archive received from the Wesleyan and Primitive Connexions.