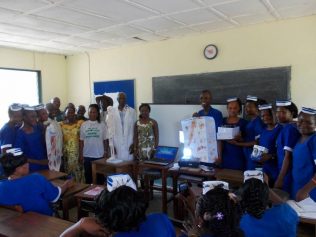 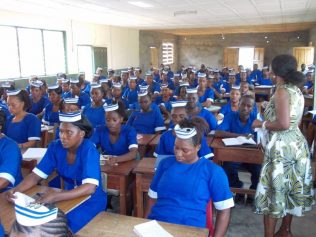 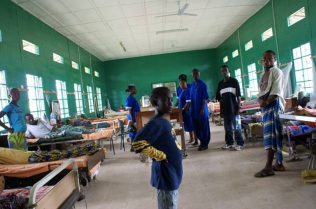 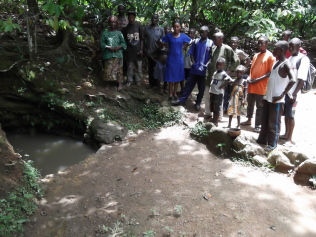 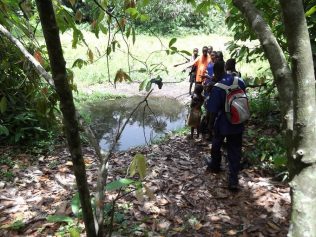 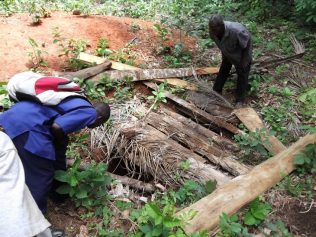 When my Dad was undertaking his Ministerial training in Manchester in the 1950s one of the mission projects they supported was the Nixon Memorial Hospital, Sierra Leone.

One of our members at Hatfield Road Methodist, St Albans was a Doctor at the hospital when her first husband, Revd Sidney Groves, was a Missionary in Sierra Leone and three of her four children were born there.

Mary and her husband Colin, along with several Sierra Leoneans and people who have worked at the hospital in the past have formed a UK based charity to support some discrete projects at the Hospital and in its surrounding communities.

Through their infectious enthusiasm I have been recruited to run the website for the charity thus continuing a family link.

I thought it would be valuable to post something on this site to show the continuity of our Mission work and the need for the outpouring of our faith to assist people in their physical as well as spiritual needs.

This is a short article which Mary has written which I have slightly edited to publish here.

Around 1930 a British missionary was stationed as a Methodist Minister at Segbwema. It became known that his wife was a nurse and therefore before long needy people began to arrive seeking her help, so a very simple clinic began on their veranda. From those beginnings it became clear that there was a great need for medical care in the area and indeed for a hospital.

One of the trustees of the charity remembers that one of the Doctors in the 1940s was an old girl of the school she attended between 1945 and 1950 and the Head regularly read to the school letters about Segbwema and its fledgling Hospital.

It was around 1950 when Alderman John Nixon, previously Lord Mayor of Newcastle, approached the officers of the Methodist Missionary Society to offer to donate money for medical services to a needy place in the developing world in memory of his wife who had recently died; the need to significantly developing the hospital in Segbwema was suggested. A large amount of money was provided which allowed for the construction of wards and out patients to be developed. Both expatriate and local staff were engaged and the highly commended nursing school also came into being. In 1980 the 50th anniversary of the hospital was celebrated and what a joy is was for those who could share in that to see the amazing development. The hospital was widely acclaimed throughout Sierra Leone and was the pride and joy of the Methodist Church. But then in 1990 came the appalling devastation and pointless destruction of the 10 years of rebel war incursion, spilling over from Liberia. Segbwema and the nearby barracks at Daru were the first towns to be hit. Initially the staff did their best to keep the hospital running even though they were often not paid. Eventually the rebels overran the hospital, there was massive wanton destruction and he staff had to flee for their lives into the bush.

Gradually wards, outpatients, staff accommodation and nursing school have been re-built – much of it financed by the government of Sierra Leone. However development of services has been very slow because of the immense poverty of the area.

Children in particular are dying frequently from preventable diseases since villages which are being re-built as simple mud structures have no clean water supply and poor sanitation.

Knowing this, a small group of people joined together and proposed setting up a UK charity to help. As a result the “Friends of Nixon” came into being with trustees composed of people who are indigenous to the area or who have worked at the hospital in better days.

In January 2012 the charity was granted UK charitable  status.

A complex finance process has been replaced by a “FofN” account in London and a “FofN” account in Kenema, 30 miles from the hospital. Therefore as requests are made for grants, application forms received and approved by the Trustees, the money can be transferred direct to a bank 30 miles away from Nixon. Copies of transactions are sent to the office in Freetown.

All this has involved months of hard work. However we are now operating successfully and this year have financed the following projects.

As I write in June 2013 one of our trustees has been in the country in the last few months, surveying the need in the villages around the area and helping to set up village committees to overlook the scheme. This is being done in conjunction with Christian Aid.

Local community leaders are setting up a group to promote the hospital development because clearly The NIXON Hospital belongs to the people of Sierra Leone. Our charity is only there to aid its re-development and to help establish services which prevent disease.

What of the future?

THE NIXON Memorial Hospital was once a centre of excellence to which people travelled from far and wide. The trustees do not see this as a viable possibility for the future, nor is it the best way to serve the community. We see the future as a good community hospital with outreach into the surrounding villages.

If you would like to know a little more about the work of the charity, please have a look at our website http://www.friendsofnixon.org.uk/