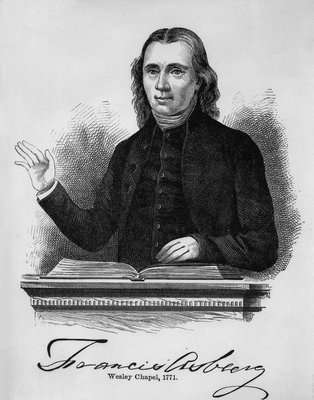 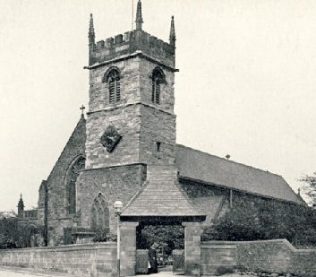 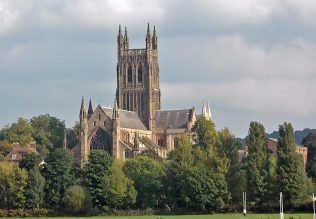 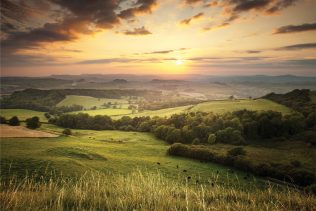 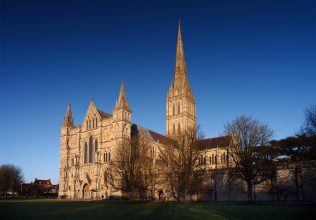 The Asbury Triptych Series is a book series dedicated to the first two decades of preaching by Francis Asbury. The opening book in this trilogy, Black Country, details the first nine years, the earliest preaching circuits in England of Francis Asbury. A recent article, Francis Asbury Circuits in England, gives a lengthy detail of the numerous outings of this dynamic young man. A further treatment of these important and foundational experiences are dealt with in the opening novel of The Asbury Triptych Series, Black Country.

By most accounts, Francis Asbury began his journey toward his preaching career at the age of sixteen in 1761. Before this, there are indications that he may have had an occasional outing to teach and or preach from the scriptures. However, this early indication of leadership was solidified by the official request to form a band of his closest friends by the Scottish Wesleyan preacher, Alexander Mather, when in 1761 he personally asked Francis Asbury to form his band and participate in the West Bromwich Wesleyan class. The members of this band were, Thomas Ault, James Mayo, James Bayley, Jabez Ault and Thomas Russell. Two years later, Francis Asbury was not only leading his band of friends, he was also appointed the leader of the entire West Bromwich class. After two years as leader of the West Bromwich class, the Scottish preacher, Alexander Mather, once again gave a formal invitation, inviting Francis Asbury to join the ranks of the local preachers. This twentieth year of the young man, 1765, signals his entry into the preaching and teaching ranks of the Primitive Methodist preachers.

According to another article within a page about Francis Asbury, Francis Asbury Circuits in England, “for the next 11 months the twenty-year-old, Francis Asbury circulated his preaching and teaching efforts among the high round of the Staffordshire circuit. The circuit consisted of small Wesleyan societies in West Bromwich, Wednesbury, Walsall, Wolverhampton, and Billbrook. These areas were the foundation of Primitive Methodism in this section of the Black Country.” During Francis Asbury’s early efforts in the West Midlands, two preachers were responsible for mentoring the young preacher. These two Wesleyan preachers were, Scottish preacher Alexander Mather and Bedfordshire preacher James Glasbrook.

In 1766, at the age of twenty-one, Francis Asbury was offered the opportunity to become a full-time itinerant on trial. For the next five months, Francis Asbury retraced his earlier efforts of the Staffordshire high round. This familiar circuit soon led to boredom, drawing the young preacher away from his assigned responsibilities and toward his life-long passion of wandering about. He soon was disciplined by the circuit’s assistant, William Orpe. In a famous letter which survives, William Orpe disciplines Francis Asbury for wandering off of the assigned circuit. The infraction fails to diminish Francis’s chances at becoming a circuit preacher and the infraction and subsequent discipline fails to diminish Francis Asbury’s passion for wandering about. However strong this desire to seek new territories for God burned inside the young heart of Francis Asbury, for the remainder of the year he chose wisely to stick to his assigned circuit.

According to the book, Black Country, the August of 1766 conference once again assigned Francis Asbury to the familiar high-round of the Staffordshire circuit. The young preacher was also assigned under the leadership of William Orpe. These two developments did not sit well with Francis Asbury. After much pleading with Alexander Mather, the Scottish itinerant reluctantly reassigned Francis Asbury to the low round of the Staffordshire circuit, to the towns of Worcester, Tewkesbury, and Gloucester. The next twelve months were brutal on the young itinerant. Several near-death experiences with mobs which labeled the early Methodist movement as seditious and against the king nearly drove the young preacher to quit the ministry. The advice of Alexander Mather, upon his reunion with the frazzled Francis Asbury, helped to aid the young man. The advice of Alexander Mather was simple, ‘opposition to our efforts is to be expected, but when you combine opposition with disobedience, you further its damaging effects.’

The Bristol Conference of 1768 brought troubling news to Francis Asbury, that he was assigned to a circuit more dangerous than the low round of the Staffordshire Circuit. Francis Asbury’s assignment for the year starting in August of 1768 was the Colchester Circuit. The coastal circuit was not only filled with individuals who hated the Methodists for their success outside the walls of the Anglican Church. The Colchester Circuit was also known for having many rough individuals involved with the smuggling trade. Combined with John Wesley’s scathing attacks on the illegal industry, a Methodist preacher’s efforts on the Colchester Circuit were sure to be met with violent opposition. Along the picturesque southern coastline of the River Stour, from Manningtree to Harwich, Francis Asbury faced such troubles. After only two months of these wild conditions, Francis Asbury was reassigned to the Wiltshire Circuit in Southern England.

For the remaining months until the conference in August of 1769, Francis Asbury ministers successfully in the historic towns of Salisbury, Winchester, and Portsmouth. According to the book, Black Country, it is most likely in the town of Portsmouth that Francis Asbury begins his study of the Hebrew language. This development is most likely because of the large Jewish settlement in the port town, a settlement that bordered the early Methodist Meeting house on Bishop Street in Portsmouth.

The August 1769 conference in beautiful Leeds assigns Francis Asbury to move from the Wiltshire Circuit to the circuit which serviced the transformational town of Oxford. It is in Oxford that Francis Asbury is joined by his childhood acquaintance, Richard Whatcoat. For the next six months, the youthful itinerants preach to the students of this town, occasionally preaching from the ancient pulpit of St. Giles Church.