Francis Asbury and His Childhood Friends 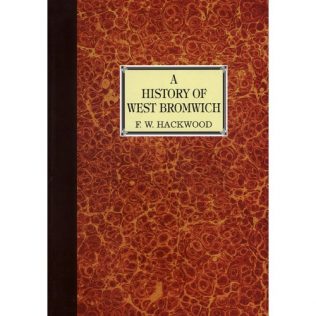 By the end of 18th-century, the iron working industry of the Black Country was populated by numerous family-run forges. West Bromwich found itself right in the middle of this productive region known by its rich supply of coal- the fuel which powered this infant beginning of England’s industrial revolution. However, unlike the numerous small iron forges run by a husband, wife, and their children, one large iron working facility existed. This facility was known as the Old Mill Forge. At the age of thirteen, Francis Asbury began his apprenticeship at the large ironworking community. This facility was also a working farm, supplying food and livestock to a local Lord. So comprehensive was this working environment, that there also existed a place of worship. In this informal church, Francis Asbury was introduced to early Methodism, the evangelical movement started by John Wesley.

At the age of fifteen, Francis Asbury was one of five young men from West Bromwich who formed an intimate, Wesleyan band meeting to improve their religious practices. These five were James Mayo, James Bayley, Thomas Russell, Thomas Ault, and Francis Asbury.

James Wheatley and the Methodist Meeting House Opposite Dagger Hall

In West Bromwich, on Paradise Street across from the Bromwich Heath stood a two-story brick building. The structure which was adjacent to the beautiful oak structure, the Dagger Hall, was the location of the early Methodist meetings in West Bromwich. It is here that Francis Asbury and his band would regularly get together for their private meetings.

At one point in this venture, the meeting room was incomplete, recently abandoned for a second time by a frustrated preacher, James Wheatley. Wheatley was the originator of the small space; unfortunately, he did not finish the room because of personal troubles.

James Wheatley was once one of John Wesley’s preachers. In 1751, John expelled him for his teachings that clearly violated Scripture. The upset James Wheatley headed out of town for Norwich, where he developed a following. In time, he returned to West Bromwich, determined to rival John Wesley and continue spreading his distorted views of the Bible.

James Wheatley’s views which contradicted the teachings of the Bible were not new; the first-century church dealt with individuals who took the freedom of salvation by faith alone and distorted it into license. The Apostle Paul dealt with such abuse in his letter to the Romans.[1] Dealing with Wheatley and his gathering of followers, John Wesley was swift in his discipline of the talented and outspoken Welsh cobbler-turned-preacher. James Wheatley called his followers “my dear lambs.” Upon his expulsion by John Wesley, the irony of this label did not escape John Wesley and other Wesleyan preachers who braved verbal and physical harm from the so-called “Wheatley lambs.”

In time, Francis Asbury and his young friends were able to raise monies to renovate the facility. The renovation was not possible until the building was purchased from James Wheatley. Providing the funds for the procurement of the structure was the Second Earl of Dartmouth, Lord Dartmouth. In 1764, Lord Dartmouth purchased the building, placing the names of James Bayley Sr. and Joseph Russell, the father of Thomas Russell, on the deed. The men, along with many of the young worshipers led by Francis Asbury and the West Bromwich Five completed the unfinished space upstairs. The Methodist Meeting House in West Bromwich became the location of the West Bromwich Methodist class meetings.

Two years before their move to the West Bromwich area, the Ault family once again faced opposition when the magistrate of the nearby town of Aldridge forced them to leave; their crime: participation in the Wesleyan movement. The local Bishop ordered their home ransacked by selected citizens friendly to the Anglican cause. The anti-Wesleyan mob threw the Aults’ household items into the street for others to steal. The horde of rioters then burned the home to the ground.

Those who persecuted the Ault family were not limited to individuals of the community. Even Thomas’s grandmother rejected her own daughter for her new religion. Through it all, the Ault family grew stronger, counting it a blessing to suffer persecutions for the sake of the Savior and realizing that better things awaited them in heaven.

In addition to the weekly band meeting, among the West Bromwich Five, a serious meeting where each would honestly share their struggles with temptations and their small triumphs in the favorable progress in their walk of faith- where each young man made it a point to grow in his faith, another joined this young and serious group. Soon the focused efforts of these five chums attracted another young man, one who was nearly nine years older than the group. His name was Richard Whatcoat.

For the first few months, the routine was the same: an eight o’clock morning service at Wednesbury, two services in West Bromwich during the day, and a final service at five p.m. back in Wednesbury. Thomas Ault, James Mayo, James Bayley, and Thomas Russell, the same boys who also experienced the recent visit of John Wesley and his sermon at nearby Monway Field, faithfully joined Francis Asbury and Richard Whatcoat. Occasionally, Thomas Ault’s friend, William Emery, one who actually prayed with Francis Asbury on an occasion where Asbury was especially moved by a sermon by Pastor Henry Venn, joined the group. Francis Asbury’s parents, Elizabeth Asbury and Joseph Asbury were happy that Francis and his friends earnestly sought the Lord—though, at times, Joseph suspected that the boys were more interested in attending the meetings for other reasons- the young West Bromwich girls.

The Old Mill Forge in West Bromwich was located on the Tame River where it approaches closest to Sandwell. The mill was thought to be around for centuries, quite possibly the priory mill for the Catholic monastery. During the time of Francis Asbury, Old Mill Forge was heavily involved with the ironworking industry.

In the book, Black Country, the forge is one of the larger operations in the West Midlands, and obviously the largest operation in West Bromwich. It is a large property, with at least two dozen acres leading up to the grounds of the foundry. In the vast open spaces which surround the iron forge, cows, horses, poultry, sheep and pigs freely wander about. This livestock and vegetable farm which surrounds the iron forge serves to supply food to the estates of the Earl of Dartmouth, also including the great Sandwell Hall.

James Bayley came from a family that worked Lord Dartmouth’s farm at Sandwell Estate. He was an early friend of Francis Asbury. They seemed to have met when Francis Asbury apprenticed at the Old Mill Forge. James eventually went on to become the park keeper at Sandwell for forty-seven years.

Thomas Russell was from a family of West Bromwich carpenters.

In later years, the young man, Henry Foxall, sailed for America. Eventually, the American Revolutionary War financially blessed Henry Foxall. He was a manufacturer of cannon for the colonial cause. His gratitude for these financial blessings resulted in the construction of a large Methodist church in the city of Washington. The facility known as The Foundry is an allusion to his business and quite possibly to John Wesley’s Foundry Church in London.

[1] Romans chapter 6. This distortion was known as “antinomianism” in Wesley’s day, coming from the Greek term meaning lawless. It is the exact opposite of legalism and originated in the Gnosticism movement during the times of the early church.