You are here: HomenextChapelsnextStaffordshirenextBilston Methodist Church and Community Centre 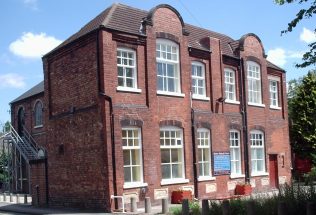 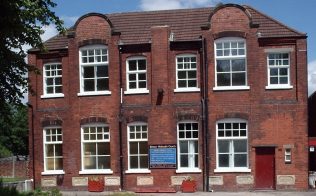 We have a schoolroom building built in 1880/96 which is in the Bilston conservation area and is recognised as an important historic building. This has led us to completely refurbish it and grow its use by the community.
We also have a burial ground which is also part of the conservation area and is labelled as an important green open space in the centre of Bilston. With the help of the residents association and the City council we have been able to make this into a park land for the use of the community.

The need for a schoolroom led to the building of Primary school rooms and a Guild room upstairs in 1880. This is the part of the Lewis Street building with the Loxdale and Brookes room in it. Inside the Loxdale room are the foundation stones that were laid when the building was built, which we rediscovered in the refurbishment and are once again a prominent feature. One stone was laid by William Hackett who was one of Wesley’s preachers and a respected member at Bilston.

This building which has the Kitchen, Toilets and Ferriday room in it was built because the number of children in the day school had outgrown the 1880 building. Unfortunately the foundation stones were laid on the outside of the building and have deteriorated. However we do have the original programme showing who laid the stones and are investigating restoring them.

In 2001 this building was designated as being in the Bilston Conservation area and labelled as an important historical building. This is the reason we have been able to get grants to help us refurbish and update it for Community use in 2011 and beyond.

If these walls could speak.

This building over 130 years has seen many uses and still holds many memories in the lives of those who have used it. It was used as a day school in the week on and off up till the 1950’s and as a Sunday school on Sunday.

The building over the years has been used by Bilston Wesley Youth Club, Scouts, Cubs, Beavers, Guides, Brownies. In the 1960’s it was used by Bilston College of Further Education who had cookery classes in the upstairs room.

The refurbishment work has been undertaken so that the building can be used for Community activities. It is, in 2011, being used for Scouts, Cubs, Beavers, Brownies, Spiritblazers, and our Oasis Drop In Centre which has now become a church cafe. Also St John Ambulance have started training for young people, and two days a week we have training classes for 16 – 18 year unemployed which is run by ‘Trinity training’.

With the help of many organisations and people we feel we are able to continue to use the building for the activities it was originally built for, which was to serve the community.