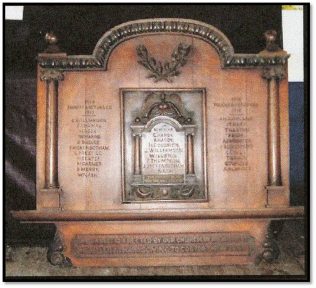 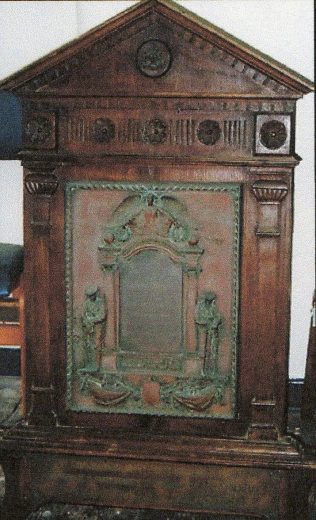 Primitive Methodist records indicate that the society we now have at St. Thomas’ Road has its origins as far back as 1818.

The second Primitive Methodist Church in Derby was in an old barn at the corner of Browning Street, Normanton, Derby. The building was nicknamed “The Cathedral” and served as the home for the society for more than sixty years.

In 1891 an iron building was erected in nearby Sackville Street. This building served until 1907 and then land was obtained on St. Thomas’ Road and a new church was built. The inscription on the wall of the church to be “PRIMITIVE METHODIST 1907”

This building is now the Church Hall, a new church being built in 1967

The memorial is dedicated to the fallen but also contains the names of the fought and returned.

THE PATH OF DUTY WAS THEIR WAY TO GLORY