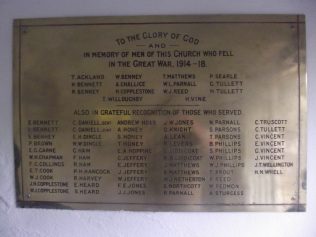 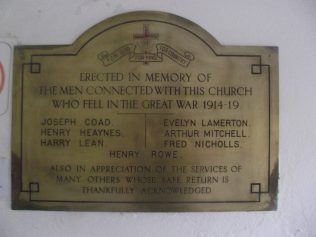 In the meantime a Primitive Methodist Chapel was opened on Cott Road in 1858 and was closed in 1933 after the Methodists were reunited in 1932. This building is now also a private dwelling.

Lostwithiel United Free Methodist Church was constructed on The Bank (renamed Albert Terrace in 1846 after the visit of Queen Victoria and Albert). This chapel was rebuilt in the late 1890’s and was reopened in 1900 becoming known locally as Bank Methodist Chapel. This chapel was closed in 1987 and converted into apartments and the local Methodists met in nearby St Saviours Church (Anglican) on Grenville Road until part of the newly refurbished Taprell House in North Street was suitably converted and opened as a Methodist Church in 1993 where we continue to meet.

It is likely that the larger of the two First World War memorial plaques originated from Bank Chapel which probably also housed the smaller plaque (likely to be from the Wesley Chapel and moved when it closed in 1965) – but both derive from the local community and contain surnames which are still extant in the Town and surrounding locality.

Also in grateful recognition of those who served