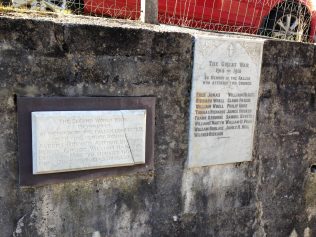 Stenalees is a clay country village to the north of St Austell, though the clay industry now employs relatively few people. There was a large chapel in the village but in the 1970s it was demolished and a new road (called Wesley Close) with a new smaller and modern chapel built in its place. The war memorials from the previous chapel have been built into the retaining wall beside the new chapel and can be visited without going inside the building. 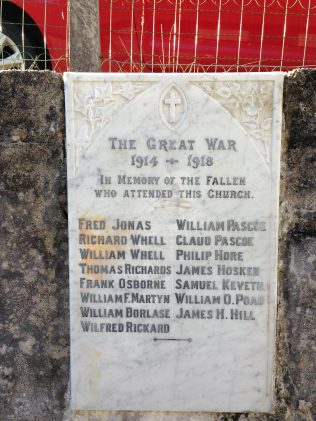 IN MEMORY OF THE FALLEN WHO ATTENDED THIS CHURCH 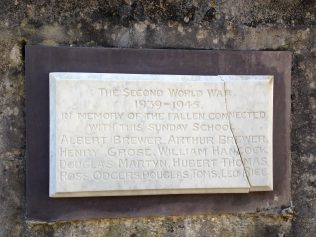 IN MEMORY OF THE FALLEN CONNECTED WITH THIS SUNDAY SCHOOL