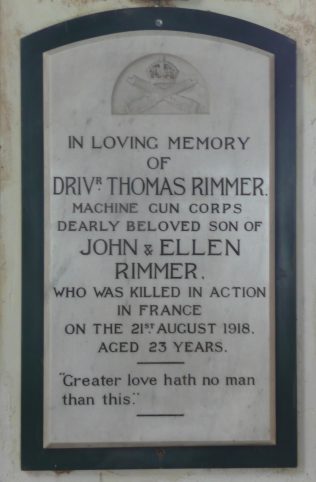 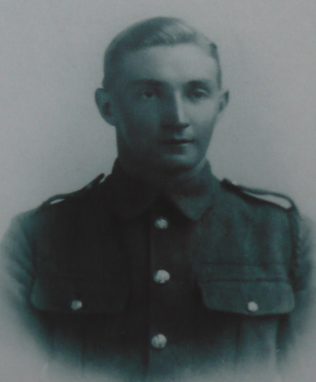 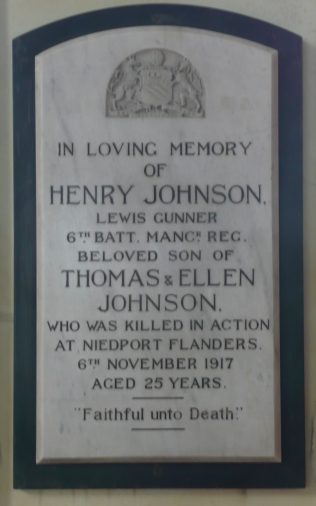 Extract from the Cadishead & Irlam Guardian

“News has reached Mr. and Mrs. Rimmer, Ash Grove Farm, Cadishead Moss, that their son, Driver Tom Rimmer, has met with his death on active service. Driver Rimmer, who had been on active service for about 18 months, was on duty as a shoeing smith, and was killed by a bomb from enemy aircraft on the evening of August 21st 1918.        He attended the Glazebrook Primitive Methodist Church, where he was secretary of the Christian Endeavour Society, a teacher in the Sunday school, and a member of the choir.                                                   Much sympathy is felt for the family and for his fiancé by a large circle of friends.”

Private Thomas Rimmer died age 23, he is remembered with honour at Forceville Communal Cemetery and Extension.