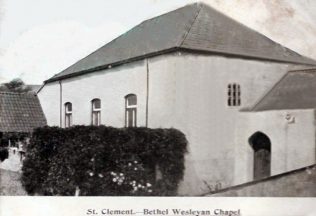 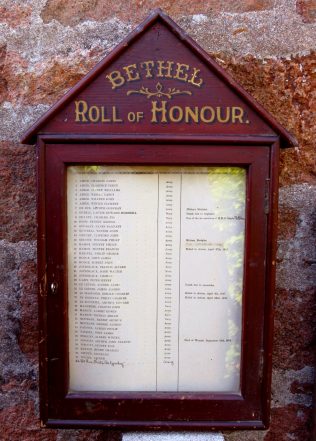 zoom
The Roll of Honour Cabinet
click to enlarge 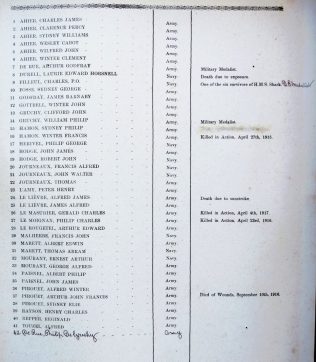 zoom
The Bethel Roll of Honour
click to enlarge

In 1826, the Methodist people of St. Clement in the Island of Jersey were at last able to build their own small Chapel on a site kindly given to them by a Mr. J. Le Neveu.  It was something like the twelfth Chapel to be built in Jersey (This figure more than doubled later in the 19th century) when there were 1,210 Methodists out of a population of 36,582 i.e 3.3% of the population; fabulous by modern day proportions.

It served its community in the south east of the island very fruitfully for many years until in the mid 1950s it was agreed that it should close. Through visionary leadership at the time, it passed, under licence agreement, to the Island Girls’ Brigade as a Headquarters where they could hold meetings, activity weekends and camps both for local groups and groups from all over the British Isles.

In 2009, these activities came to an end and the buildings were sold to a developer.  Happily this modest but no less significant Memorial to 43 local men who fought in the First World War, some with distinction and some sadly called to sacrifice their lives, came to light again having survived the various changes to the building that housed it for nearly a hundred years. It is currently housed at Georgetown Methodist Church where most Bethel members transferred.  It will probably remain there during this centenary year but may then be handed over to the local Methodist Archive.