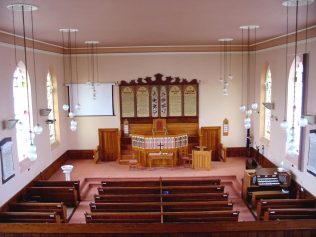 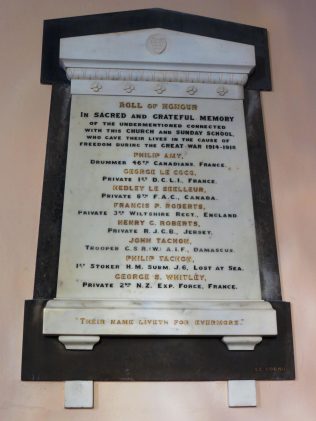 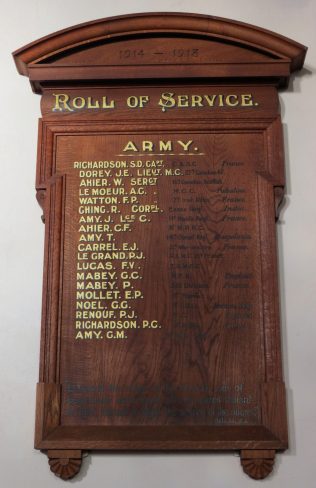 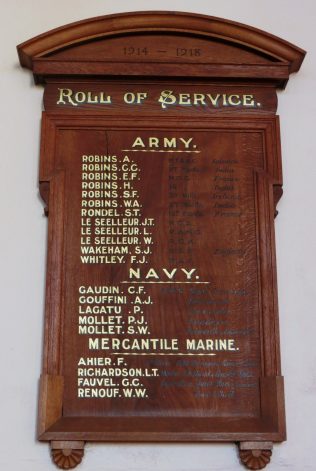 St. Martin’s Methodist Church in Jersey, in the north east of the Island, has three fine memorials to the 48 young men from local families who courageously served their country in the First World War, 1914-1918.  A fair number of these families are no longer represented in today’s congregation, though some ten still are.  Of the 48 who volunteered for service, whether in the Army, Navy or Mercantile Marine, eight did not return, sacrificing their lives in the service of their King and country. They served in a variety of regiments and ships, many in France but also in places as far away as Mesopotamia, Damascus and India.  Names on the Roll of Honour are inscribed on a fine white marble tablet, styled to counter balance the perhaps more famous De Quetteville and Carr-Brackenbury monument in the chapel, and bears the inscription: “Their name liveth for evermore”

The Rolls of Service are shown on two wooden boards, one inscribed with a quotation from Hebrews chapter 11 and verse 34: “Escaped the edge of the sword, out of weakness were made strong, waxed valiant in fight, turned to flight the armies of the aliens”

Those listed are as follows: