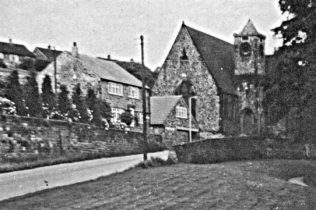 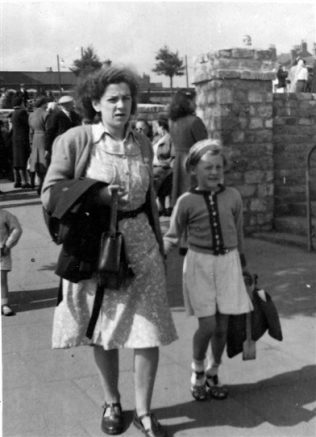 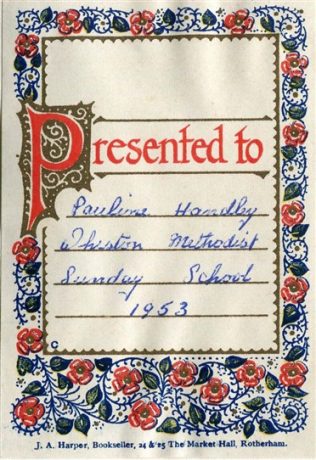 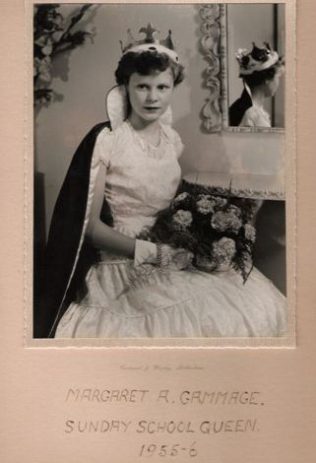 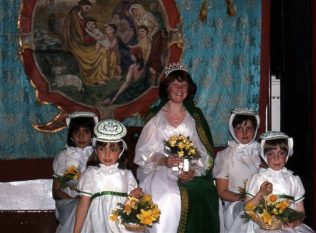 Whiston Methodist Chapel is in Whiston village near Rotherham in South Yorkshire, and from the 1881 Kellys Directory and the web site – whistonweb.co.uk-    it can be learnt that a Wesleyan Chapel was first erected in 1824 and then enlarged or rebuilt in 1866. I have never been aware of it being called Wesleyan or anything else, just the Methodist Chapel, the place where we went to Sunday School back in the 1940’s and 50’s, a place that has many memories.

When we were young we went to Sunday School twice a day, morning and afternoon, we were always sent looking smart in our best clothes and given a penny for the collection. We used to have star cards that were stamped each time we attended Sunday School. Attendance was relevant to receiving a book prize at some point in the year. I seem to think for at least one of the services we started off with the adults in the main room where the pulpit and lovely stained glass window was, then half way through we would go into the back rooms for Sunday school with teachers such as Myra Littlewood.

There were a number of special events throughout the years at Sunday School. Whitsuntide, and the Sunday School Anniversaries hold special memories. We sat on high open wooden platforms, erected in front of a stained glass window, facing the congregation. Sitting on the wooden platform was a bit scary but we would sing our hearts out and enjoy being dressed in our new clothes, white socks and sandals. We always had new clothes at Whitsuntide, mum often made our new frocks. It was a special time. I believe there were three services on Whit Sunday, morning, afternoon and evening. I am sure our parents or at least mum came to one of the services to see us on the special platform. Whit Monday was when there would be a parade round the village, we all marched behind a big banner singing, there may also have been collecting tins for people to put money in. People would come out of their houses to watch and listen. In the afternoon we would go up Guilthwaite Hill to a field for a picnic and sports.

We also had Sunday School outings to the seaside. I have a photograph of me on one of these trips, I think Myra Littlewood was supervising us on the outing. The Littlewood family who lived at the top of Reresby Crescent were big chapel people. Mr Littlewood was one of the senior members of the chapel, Myra was his daughter, and there was also a son Peter. Other senior chapel members were the Pointers, and Pashley’s.

Each year the Methodist Chapel chose a Sunday School Queen and there would be a concert with a crowning of Queen ceremony. The Queen wore a long white dress and had a long velvet train. She had attendants who wore matching dresses, I feel sure someone connected with the chapel used to make the dresses each year. There was also a pageboy who carried the crown on a cushion. The event was very colourful because each time you had the retiring queen with her retinue and the new queen with her attendants and pageboy. Additionally a special adult was chosen to crown the new queen. Singing and poetry by Sunday School scholars would add to the concert. Photographs of each queen were hung on the wall in the Sunday School room, one of the photos was of Margaret Gammage who lived on Reresby Crescent, (now living in the USA). I think others were Cynthia Beaver, Joan Astbury, Pamela Bassindale and Elaine Derouke. In later years my niece Linda Middlemiss was the Sunday School Queen.

A Sunday School pantomime was also produced each year at the Methodist Chapel. I remember going to rehearsals and practising dancing, I believe we were bluebirds in flowing thin cotton dresses. Names that spring to mind either as teachers or Sunday school scholars are June Pashley, Barrie Hibbertson, Stephen Rogers, Jean Henderson, Doreen Calver, (some of the Calver family were well know for playing cricket in the village). Also Pamela Bassindale, and Joan Astbury who had a brother Colin. The concerts and pantomimes were held in a large room which for most of the year was made into two rooms separated by large wooden dividing doors. The main services each week were held in a lovely room with a stained glass window, there was also a large pipe organ and rows of wooden chairs.

As children we were encouraged to help others, and each year at Sunday School we would be given small books of ‘Sunny Smiles’ to sell. Each page had a picture of a baby or child on and which could be detached and sold to raise money for the National Children’s Homes. The pictures were of children in the homes and it is interesting that approximately 56 years after being at Whiston Sunday School, that I discovered Rev. Bob Jones a recent minister at the Methodist Church I now attend in Forest Town, Mansfield, was once a ‘Sunny Smile.’

Some of the hymns I recall singing are ‘Jesus Wants Me For A Sunbeam, and All Things Bright and Beautiful’ these are just two that come to mind. Though I have not been back for many years, Whiston Methodist Chapel holds a special place in my memory. Pauline Marples nee Handley