The story of the link between High Street Methodist Church, Harpenden and Christuskirche, Zwickau-Planitz, Saxony 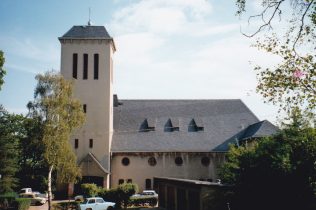 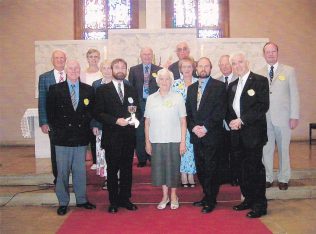 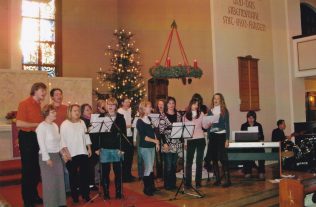 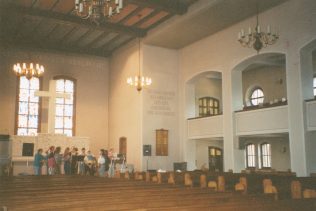 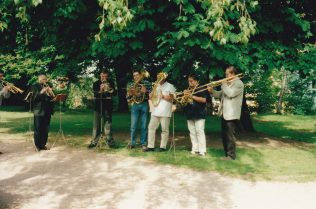 In the early eighties Rev John Newton and Paul Oestreicher spoke to a packed meeting at St Albans Cathedral on the need for disarmament and a plea was made for local churches to forge a link with struggling Christians behind the Iron Curtain. This inspired the High Street minister, Rev Michael Wearing, and a church member, Jack Swailes, to attend a Methodist conference in 1985 in Saxony where the link with Christuskirche was established.

Several High Street members started to correspond and exchange photos with families in Zwickau and a cassette recording of greetings (some even in German!) was sent. In 1988 Pastor Siegfried Barth, the area Bishop, was able to visit Harpenden, but unfortunately his wife was not allowed to accompany him.

In the years that followed, especially after ‘Die Wende’ (the ‘changeround’ in 1989 when the Berlin Wall came down), many exchange visits were made between the congregations. Sometimes group visits were organised, sometimes friends made their own arrangements.

In 1993 eleven members of Christuskirche joined in the ‘Spread a Little Happiness’ fund-raising weekend at High Street. In 1994 Rev John Walker and twenty-five members of the High Street Choir went to visit and sing. On the occasion of the 250th anniversary of the death of J. S. Bach in 2000, six friends from Harpenden were treated to a splendid weekend visiting sites associated with Bach in the vicinity of Zwickau. In 2003 a group of eight travelled from Harpenden to share in the celebrations marking the 50th anniversary of the rebuilding of Christuskirche after its destruction in the war.

In 2006 Pastor Neels and twenty-two members of Christuskirche enjoyed visits to St Albans, Cambridge and London as well as a Saturday evening featuring a fish and chip supper and singing in both English and German.

Again in 2010, friends from High Street were given a warm welcome in Saxony and a party of Germans visited Harpenden in May 2014.

Those from High Street who have taken part in the visits have come to know and love our Christian brothers and sisters in Germany and have nothing but respect and admiration for their loyalty to God and the Church during a long and oppressive regime. They kept their faith without the freedom to worship that those in Britain take for granted.