a life-long influence from my early Methodist years 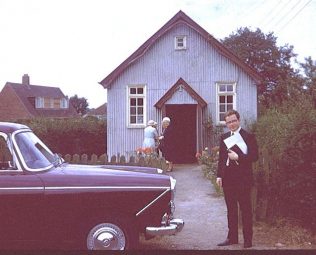 I was converted through the ministry of the Basingstoke Methodist Circuit and began to preach in the circuit in 1965. I now preach mainly in the Wrexham Circuit and occasionally in the Cheshire South. Although I was no longer a member of the Methodist Church, I never lost the vision “to spend and to be spent for them / who have not yet my Saviour known” that was planted and grew in me in the Methodist circuits of Basingstoke and later Cambridge, and led in time to my being for 25 years director of the Albanian Evangelical Mission. The story is told in my book Turned east: half a life for Albania and there is more about it on my website www.primitivemethodism.com. It was that early vision, born in Methodism, that set the direction for my life for more than the past half-century. The photo shows me arriving to preach at Rotherwick Methodist.