You are here: HomenextTopicsnextWorld War I and World War IInextErnest Turner

Sergeant in the Somerset Light Infantry 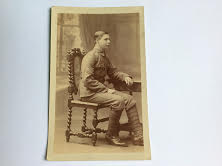 Ernest Turner (Ernest Frank Henry Turner), was a Sergeant in the Somerset Light Infantry and his name appears on the 1914 – 1918 War Memorial in Paulton, Avon. He was the son of Albert Turner and Annie Everett. He was born in 1893 and had a brother and four sisters, one of whom was my maternal grandmother Mavis Florence.

Ernest’s father Albert Turner, was a coal miner and lay Methodist preacher who was killed in a mining accident at Greyfield Colliery, Clutton, aged 40 years in 1904. His mother, Annie, was from Painswick, Gloucestershire and was the youngest sister of Frank Wallace Everett. Frank Everett was a well known lay Primitive Methodist preacher in East London and Essex ( See his biography in myprimitivemethodists.org.uk 1843 – 1918 by Geoff Dickenson).
Ernest, along with his brother Victor and four sisters were brought up by his widowed mother near the Somerset Inn in Paulton. She did not want her two sons to work down the mines as their father had done, so she encouraged them to do farm work around Paulton. When war was declared in 1914, Ernest enlisted in the Somerset Light Infantry, eventually becoming a Sergeant. He was wounded some time into the War and the left side of his face was disfigured by shrapnel. In the photograph Ernest, it can be noticed, is sitting with the good side of his face to the camera. He was still able to work for the army and he became part of the Infantry Training Corps. However he returned to duty at the Front in 1917 because of the shortage of experienced manpower.

Ernest was killed on Tuesday November 20th 1917 leading his men to their positions in preparation for the battle of Cambrai. His grave was never located. He is commemorated not only on the Paulton War Memorial but also on the Cambrai Memorial in the Louverval Military Cemetery in France. At the time of his death he was engaged to be married to a girl from East Anglia