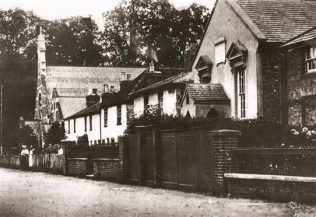 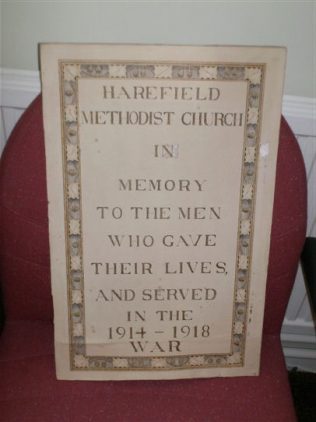 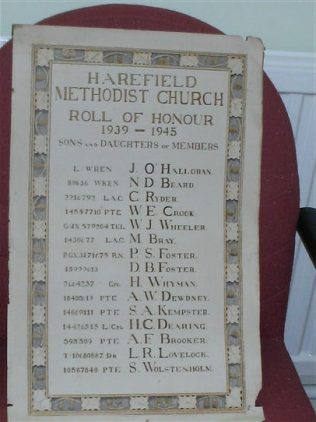 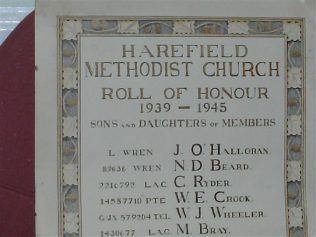 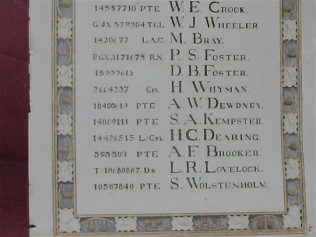 Harefield is situated in the north-west of the County of Middlesex, now within the Greater London area.

The Methodists in Harefield

Robert Barnes, a former Alderman and Lord Mayor of Manchester moved into Harefield Grove in 1863. He made his fortune from the cotton industry in Lancashire. He was a Methodist and wanted somewhere where he and his household could worship. From 1863 the services and Sunday School classes were held in his coach house. Over 400 people attended, many being adults who wanted to learn to read and write.

In 1864 the Methodist Chapel was built on the Rickmansworth Road, it was separated from the Baptist Chapel by Chapel Row. Mr Barnes was also responsible for building the Memorial Hall on the corner of Hill End Road and the Rickmansworth Road. It opened in the same year as the Chapel and commemorated Robert Barnes’ only son who died whilst attending Oxford University. The Hall was run on strict principles of temperance. It provided a ground floor reading room where newspapers and journals were available. The first floor was a large meeting room for lectures and community use. Between 1870 and 1907 it was also used as an infants school during the daytime.

Mr Barnes sold Harefield Grove in 1869 and the Chapel was made over to the Wesleyans. The congregation thrived following the arrival in 1884 of another Methodist, John McCallum the manager at the asbestos works. His enthusiasm for choral music led to the formation of a chapel choir. They sang at Harvest Suppers and meetings of the Temperance Society and Band of Hope. In 1906 a hall was built, John McCallum laid the foundation stone.

In the 20th Century the membership declined especially after the First World War. The congregation was temporarily boosted in the 1940s as evacuees arrived in the Village. Numbers continued to fall and the chapel eventually closed and was demolished to be replaced by a private block of flats in 1986.

At the time of the demolition work John Rook, a founder member of Harefield History Society, was able to salvage the two war memorial plaques from a skip. The memorials eventually went to Christchurch, Uxbridge for safe keeping in the Vestry where I was able to see and photograph them.

The memorials must originally have been in frames. They are of paper on a card base, the writing is beautiful calligraphy, the borders are slightly different, not exact copies. Sadly the edges are dog-eared but thankfully, due to John’s diligence, they have survived. A transcription of the wording follows. Interestingly the World War II memorial is to the “Sons and daughters of members” who served, not necessarily gave their lives, in the war and has their service number, rank and name. Some of those listed still live in the Village.

Memorial for World War I

Harefield
Methodist Church
In
Memory to the men
Who gave their lives,
And served
In the 1914 – 1918
War

The initial enquiry came from Tanya Britton who was researching the Village War memorials and needed to know if there were any for the Methodists.

Thanks are due to the following people for their assistance in this research: Revd Martin Davies and Karen Walton from St Mary’s, Maureen Outram from the Harefield Methodists and Peter King from Christchurch, Uxbridge.