You are here: HomenextTopicsnextAll We CannextRev Henry Carter, pioneer of the Methodist Refugee Fund, forerunner of All We Can

Rev Henry Carter, pioneer of the Methodist Refugee Fund, forerunner of All We Can 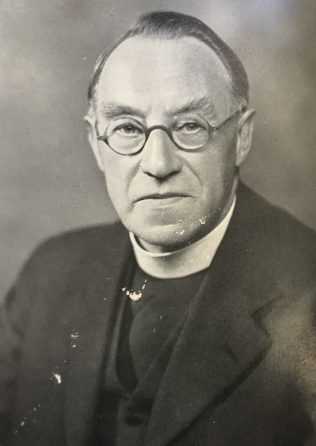 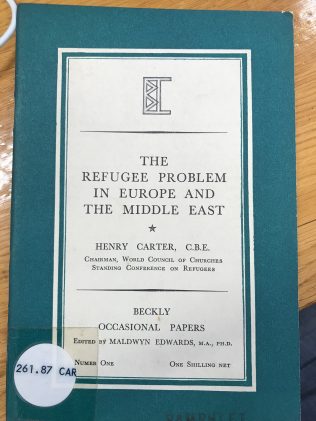 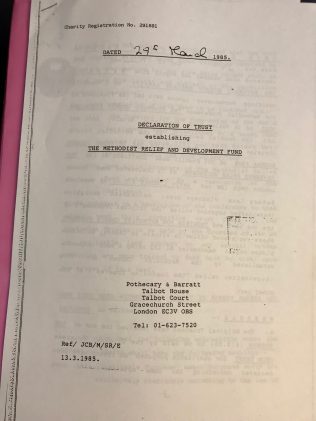 Henry Carter was born in Plymouth in 1874, the son of George Henry R. Carter, a cooper, and Lavinia Johns, nee Kingdon. His father died when Henry was only 6 and his mother took up basket weaving, a business her family were involved in. She also had relations in education so it appears Henry and his siblings were able to obtain a better education than might otherwise have been possible.
Henry spent 10 years working as an iron monger in Cardiff, where he met his future wife, Sarah Elizabeth Rumbelow, an elementary school teacher. They married in 1905 and had one daughter, Keyna Elizabeth, who was born in Keynsham, Somerset in 1907.

Henry trained at Handsworth, entering the Ministry in 1901. He was very involved in the temperence movement and created the ecumenical Temperence Council in 1915 as well as serving on the Royal Commission on Liquor Licensing from 1929-1931. He was awarded the CBE for his work on legislative control of the drink trade and gambling.
Henry was an ardent pacifist and co-founded the Methodist Peace Fellowship in 1933. After the Second World War, he was deeply concerned about the fate of refugees amd chaired the Ecumenical Refugee Commission from 1948-51. In 1950, as Chair of the World Council of Churches Standing Conference on Refugees, he published a significant report on The Refugee Problem in Europe and the Middle-East.He pioneered the Methodist Refugee Fund, fore-runner of the Methodist Relief and Development Fund which eventually became All We Can.

His famous letter to the Methodist Recorder on 6th October 1938 was reprinted on 8th June 2018:

Thanksgiving and the Refugee
The Rev. Henry Carter writes:-
May I suggest a particularly appropriate object to which gifts in token of thanksgiving for the preservation of peace can now be directed? From the Czecho-Slovak territory now ceded to Germany persons of Jewish birth are fleeing. Those who are Jews by religion as well as race will look to their fellow-Jews for help, nor will they look in vain. But this leaves unmet the urgent necessities of those Jews by birth who are Christians by confession. It is for these non-Aryan Christian refugees that I plead. Those who escape from the border-lands of Czecho-Slovakia will be added to the tens of thousands who are seeking escape from Germany, and from the Austria of yesterday.
An Inter-Church Committee has just been formed, under the chairmanship of the Bishop of Chichester, to aid these our fellow-Christians in their bitter distress. The Methodist Conference, anticipating the need, endorsed this effort and directed our Social Welfare Department to act on its behalf. Will Methodists whose hearts are moved by thanksgiving for peace send gifts to help some of those whose sorrowful plight is involved in the terms of peace? This is an emergency call. Gifts from Methodists to aid non-Aryan Christian refugees from the countries named should be sent to me at 1 Central Buildings, Westminster, London S.W.1. I will gladly acknowledge and forward them to treasurers of the newly-formed Inter-Church Fund, where they will be credited as part of the subscription from the Methodist Church.

Henry died on 19th June 1951 in Marylebone. Tributes were published in the Methodist Recorder on 28th June 1951.
He is remembered as
“a true and doughty fighter for all social reform” with ” deeply held and fearlessly expressed” convictions, who was “devoted to the cause of christian citizenship” had a “passion for social justice and world peace” and was an”excellent administrator and organiser” with a “gift of leadership”.