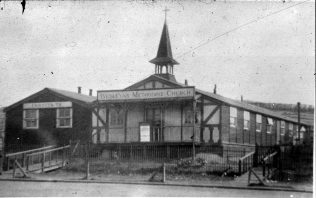 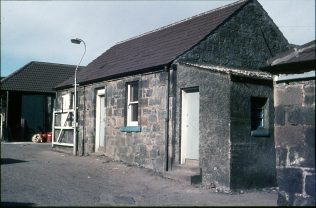 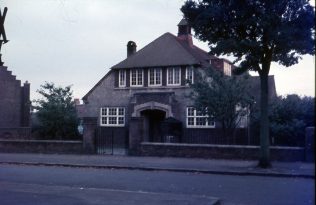 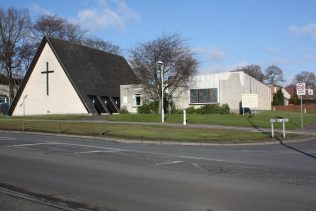 The Wesleyan Army and Navy Board erected this temporary Church and Institute in Castle Road, Rosyth in 1917. It was closed in 1926 when Rosyth Dockyard was placed on a care and maintenance basis. The majority of the congregation returned to the Southern Dockyards.

For a number of years the small number of members who remained met in part of the steading buildings associated with Backmarch Farm.

In 1970 the congregation moved to yet another new building in Queensferry Road. The building was extended in 1981 and is the current home of Rosyth Methodist Church.