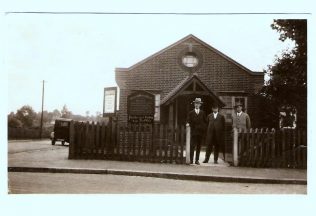 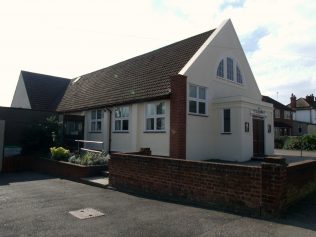 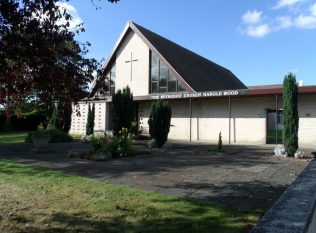 Harold Wood is a suburb in London Borough of Havering.

An undenominational mission hall was registered for worship in Althelstan Road, Harold Wood in 1889. In 1908 the United Methodist Church formed just the year before took the Athelstan Road chapel over and it became part of Forest Gate Circuit.

The foundation stones for a new church were laid on 1 June 1929 in plot of land on the corner of Gubbins Lane and The Drive. This new United Methodist chapel was built with substantial support from Mr (later Sir) William Mallinson. It was expected that the church would cost c£4,000.

Post-war development in Harold Wood meant that this church in turn became too small. A new church was built in 1962 and the old church turned into the church hall.

Victoria History of the County of Essex: Volume VII Hornchurch and Romford