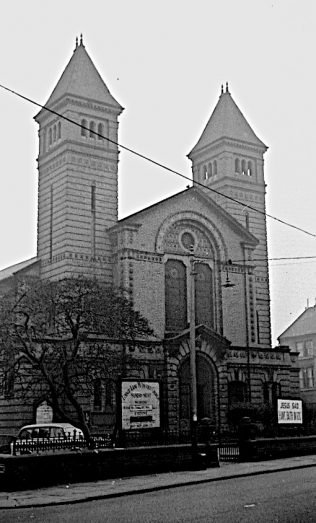 Lodge Lane Liverpool Methodist Church was a large one-time Wesleyan Chapel built on Lodge Lane between Cedar Grove and Aspen Grove. In the ‘50s and early ‘60s it did a lot of great work in the local community, although – sadly – its days were numbered.

The Church was built through the generosity of Merchants in late 19th century Liverpool, and was instrumental in the building of another, some miles away. That effort took a toll, however, and that toll – together with WWI – reduced congregations substantially leaving the church to spend a lot of its time fundraising.  Nonetheless, Methodism’s acute social inclusion emphasis ensured a slowly rising membership and a lot of excellent work was done in the community.

Little is known of the years between 1935 and 1950, sadly, but we are piecing together information about the church between 1950 and when it was closed in 1964.