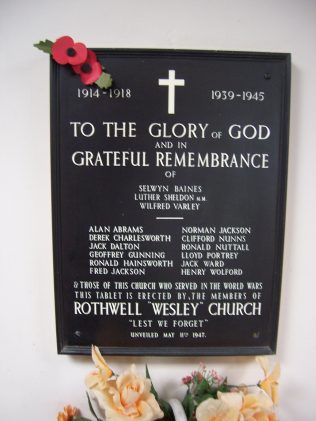 This memorial can be found in Rothwell Methodist Church, Rothwell Nr Leeds.

The church is in the Aire and Calder Methodist Circuit in the Leeds Methodist District.

TO THE GLORY of GOD
and in
GRATEFUL REMEMBRANCE
of