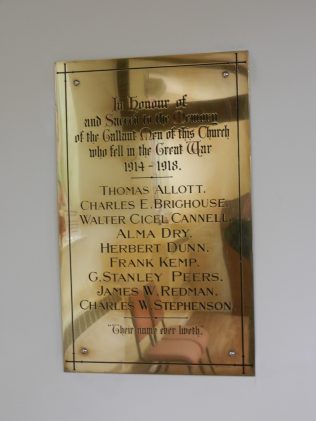 In Hornsea Methodist Church, in East Yorkshire, there are two memorials commemorating the First World War.

The Wesleyans chose to list the nine members of the chapel who had died during the conflict, whilst the memorial moved from the former Primitive chapel not only lists the twenty former pupils of the Sunday School who died on active service, but also the ninety-six who served, but came back. One individual seems to attended the Prims Sunday School, but was associated with the Wesleyan chapel.

The Wesleyan dead were: 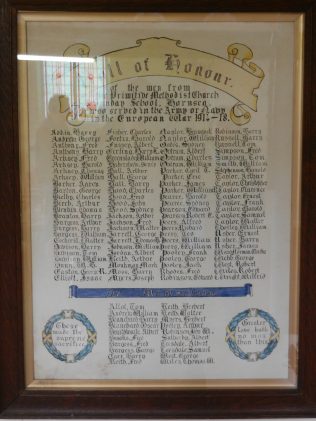 The Primitive memorial reminds us of the true cost of the war: for every death, there were considerably more men who lived remembering what they had experienced: and beyond them there were the relatives of the fallen, or those who never fully recovered, or those women whose chance of marriage disappeared during the conflict.

The Primitive dead were: