The War Memorial used to be mounted above the pulpit, but there were worshippers who were not happy facing a plaque with rifles on. Some years ago, the seating was changed round, so the Memorial is now at the back! Here is the wording; 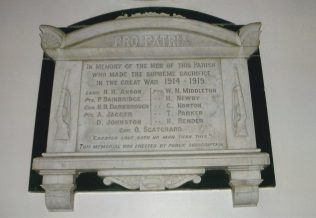 ‘Greater love hath no man than this.’
This memorial is erected by public subscription.

A Roll of Honour is framed in the passage outside the Chapel.

ROLL of HONOUR
For King and Country
European War 1914-1919
Names of those who have joined His Majesty’s Forces from
Hambleton Wesleyan Church & Sunday School.

26 names are listed, with the word ‘Killed’ added against the following six names: 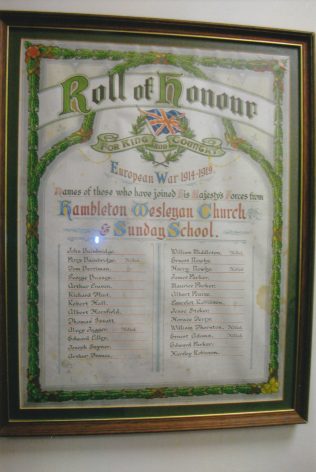