The Wesleyan chapel in Farsley was in Town Street. The members joined the United Methodist chapel in Back Lane on Methodist Union. 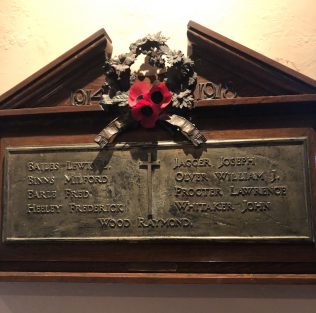 When it closed in 1950 this memorial was then restored and put in Farsley Community Church where it is mounted on the wall inside the church.

There is another memorial dedicated to the young members of the Church and Sunday School who gave their lives during World War 1. This was from Farsley United Methodist Church restored and moved to another spot in the garden when we became Farsley Community Church. 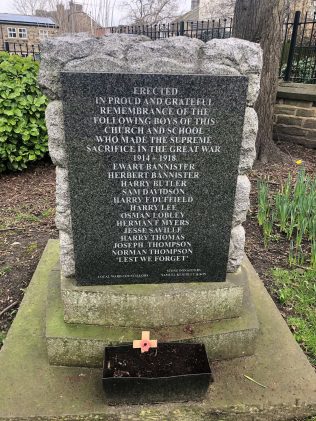