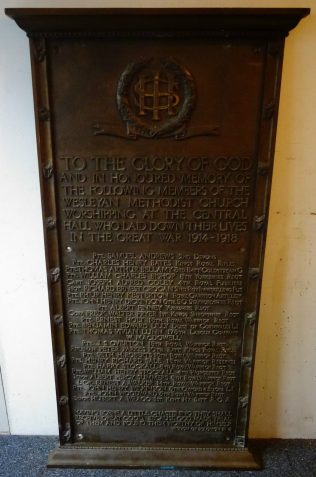 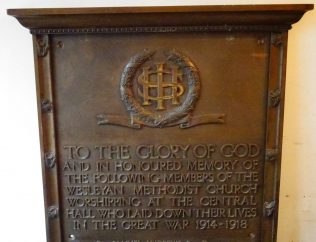 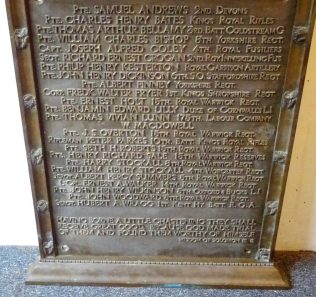 One of the problems to be faced when closing a chapel is how to preserve any memorials.

In January 2016 a bronze war memorial was offered for sale on Ebay. Working from a sample of the names shown in the photographs we concluded that it was probably the memorial from Birmingham Central Hall, which passed out of Methodist use some time ago. All the men appear to be from Birmingham.

Ann Fox has researched the names.

None of these men appear to have been remembered on any other memorial in this country, so we can but hope that the Birmingham Central Hall memorial will re-appear. Any further information about the memorial or the men commemorated will be welcomed.