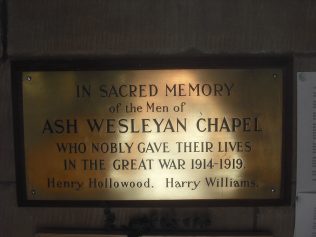 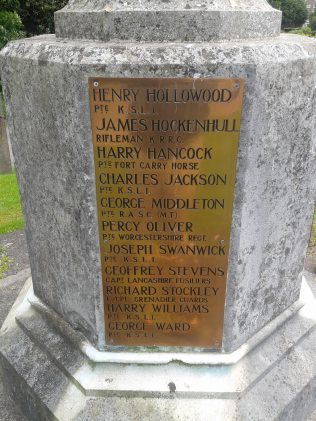 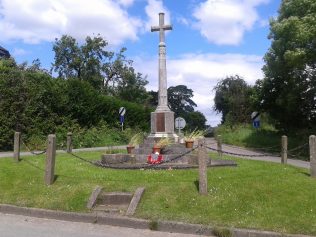 This plaque was removed from Ash Chapel in Shropshire and placed in St. John’s Methodist Church in Whitchurch, Shropshire, following the closure of Ash Chapel. The plaque remembers Henry Hollowood and Harry Williams, who attended Ash Chapel before both being killed in action in France/Flanders in WW1.  Also shown are pictures of the Ash Village War Memorial, which includes the names of Henry and Harry with those of the other men from Ash who died in the 1914-18 War.