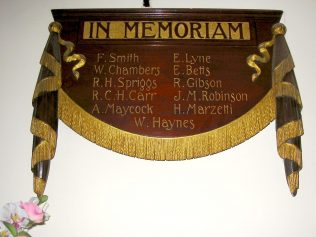 Here is a photograph of the World War Memorial plaque in my church, Queensgrove Methodist Church, Kettering Road, Northampton, on which are recorded eleven names as follows:-

Sadly, in spite of gathering archives of the church’s history from its planting in the 1870s, I have been unable to find any information of any of those named on the plaque.
Very few of our congregation are aware of the existence of this plaque, which was originally installed in the main body of the church for all to see.
However, when the church was refurbished in art deco style in the 1930s, a new stewards’ vestry was installed in the corner of the sanctuary where it was located, meaning it became hidden from view to other than the stewards or anyone else entering the vestry. 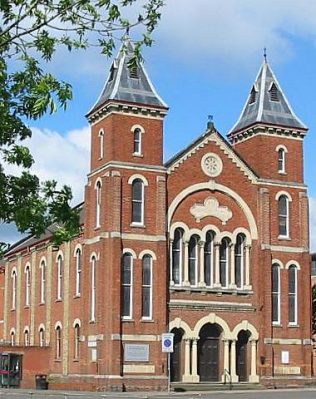 Prior to 1960 our building was called Kettering Road Primitive Methodist Church (or Grove Road Church – being situated on the corner of Grove Road and Kettering Road.) It wasn’t until 1960 when we joined with the congregation from nearby Queens Road Wesleyan Methodist Church that the name was changed to Queensgrove – a joining together of Queens Road and Grove Road churches.
I understand that there was a World War One memorial plaque in Queens Road church, but what happened to it, I have been unable to discover.
If anyone has any information about any of those named on the memorial plaque, please send an email to queensgrove@btopenworld.com. Thank you.

Apparently, it was brought across from the old building and stored in our boiler room in the basement. I’m glad to say that it has been resurrected and sits proudly on a table at the rear of the sanctuary for all to see.

Here are two photos – one of Queens Road Wesleyan Methodist Church taken in 1943 – the other of the aforementioned war memorial. 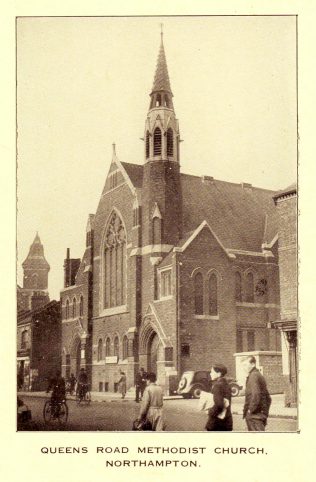 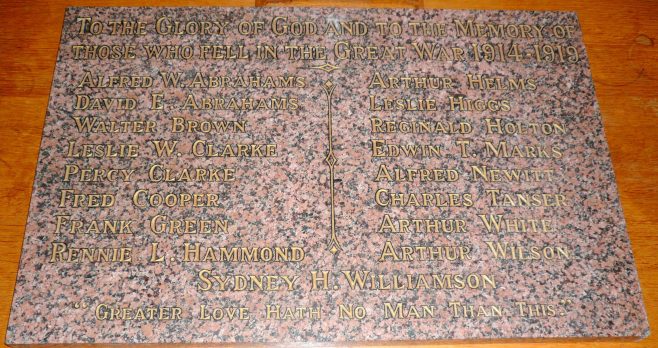 If I find about any of those named on either of our two memorials, I will add these later on.