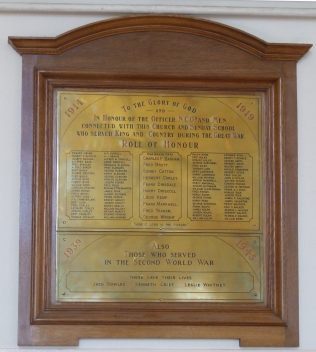 As with the Boundary Road memorial also located in Hatfield Road church, I have done some very basic research on those named. If anyone has further details they would like added or can correct any mistake I may have made please add a comment to this page and I will ensure it is updated.

A few of the names seem to be incorrect either on the Commonwealth War Graves Commission records or perhaps less likely the war memorial itself.

Herbert Corley
Probably Bert Corley who was a Private in the Middlesex Regiment – Died 23/10/1916 aged 24. Also remembered on the Thiepval Memorial.