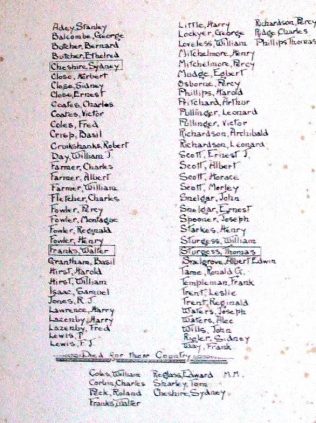 zoom
Names on Roll of Honour
click to enlarge 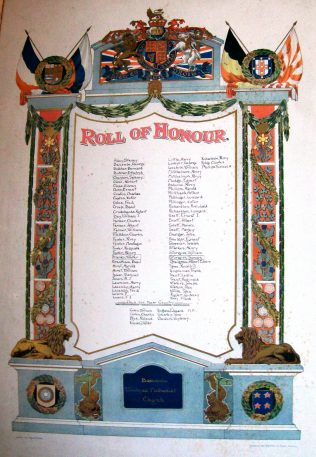 I attend St.George’s Methodist at Boscombe, Bournemouth. In our archives we found a Roll of Honour from the church prior to this one which was Boscombe Wesleyan Methodist Church.

It gives the names of men who went to war but we have worked out the names of those who died for their country.They were;

ROLAND PECK
Lieutenant
Age 24 Royal Flying Corps
Date of Death 05/03/1916
Son of Mr W G Peck—The Limes, Ashton Road, Moordown,  Bournemouth
Roland Peck was mentioned in dispatches—this is a commendation of an act of gallantry or service. This would be printed in the London Gazette which has existed since 1685.
The citations published did not give details for security reasons.
In 1920 the Army Order authorised the issue of an oak leaf to be pinned or sewn diagonally on the Victory medal ribbon.

There were 62 men in total that went from this small church, we would be struggling to find 62 men in church today.!!