WW1 Memorial and Roll of Honour 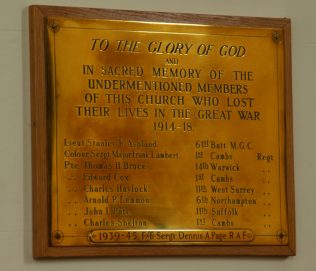 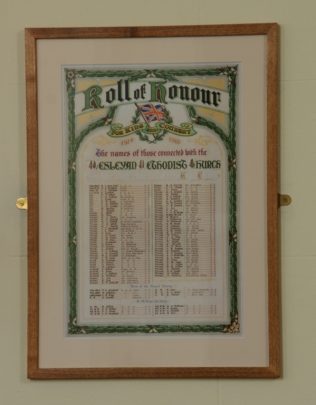 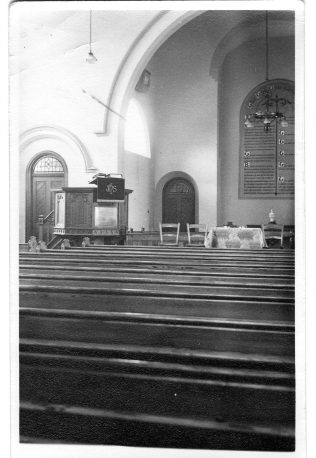 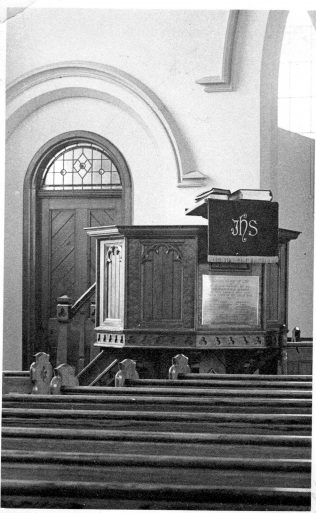 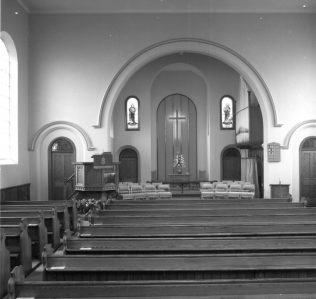 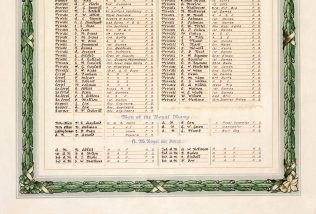 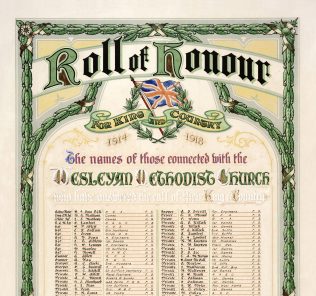 Situated in the Ely Methodist Church, Cambridgeshire is a First War Memorial in the form of a Brass Plaque as depicted on the photograph below.

Inscribed on it are eight names which also includes their respective regiments.

The names are as follows:

Originally, before the Church was re-ordered, this plaque was mounted on front of the ornate pulpit.

The mid 1980s photograph of the church after some re-ordering is shown below.

A 1950s photograph shows the position of the brass plaque on the pulpit.

The next photograph is a close-up of the pulpit in the 1950s.

The brass memorial plaque is now mounted on the wall opposite the organ.

What also existed was a very elaborate framed Roll of Honour depicting all those associated with the Church who served in the War. This depicts the regiment in which the persons served. At the end of 2011, for preservation, it was decided to deposit it in the Cambridgeshire Archives. This original was removed from its frame and photographed and  a quality print (at reduced size) was obtained and framed.

This is now situated alongside the Memorial Brass as shown.

Ely Methodist (formerly Wesleyan) Church is now in the Ely and Newmarket Circuit 14/5 of the East Anglia Methodist District.