You are here: HomenextTopicsnextMemorabilia and artefactsnextEastbrook Hall Bradford West Yorkshire 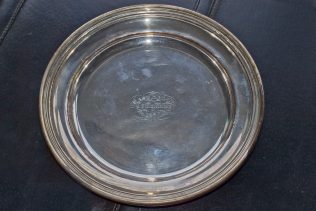 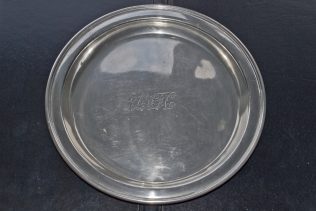 A little time ago I was asked to look after some communion plate that came from Eastbrook.  One is inscribed Eastbrook 1836, which was the year that Bradford was divided into two circuits and Eastbrook Chapel became the Head of East Bradford.

The other is inscribed UMFC.  Eastbrook had always been part of the Wesleyan Methodist Church before 1932, but a number of churches had been in and out of the circuit over the years. I wonder if this plate came from Free Street Methodist Church. As yet I have not confirmed this.