You are here: HomenextTopicsnextWorld War I and World War IInextAt HomenextBible presented to Batford Methodist Church on re-opening after WW2

Bible presented to Batford Methodist Church on re-opening after WW2

The Bible is in very poor condition, however it contains lists of signatures which are, as far as possible, transcribed below. The lists vary as to date-some preceding the official re-opening, almost like a visitors book or attendance record. 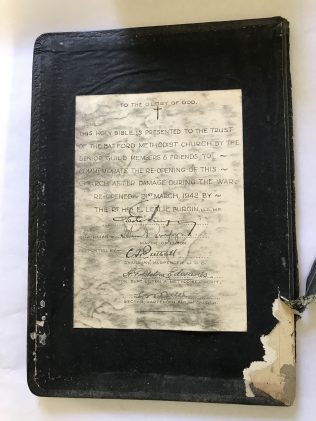 The inscription inside the front cover is:

TO THE GLORY OF GOD

THIS HOLY BIBLE IS PRESENTED TO THE TRUST

OF THE BATFORD METHODIST CHURCH BY THE

COMMEMORATE THE RE-OPENING OF THIS

CHURCH AFTER DAMAGE DURING THE WAR.

FOR SUPT LUTON “A” METHODIST CIRCUIT 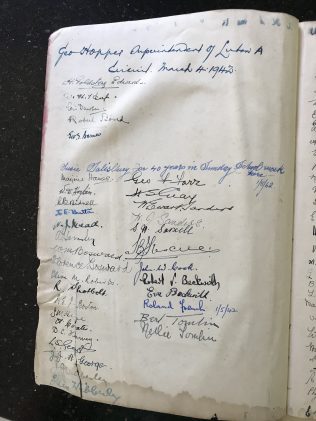 Geo Hopper Superintendent of Luton A 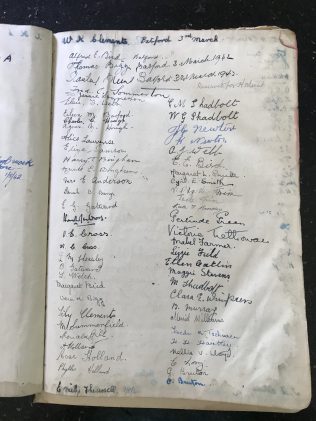 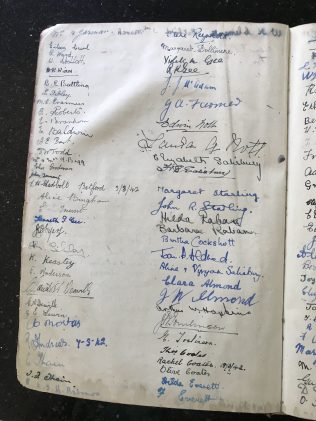 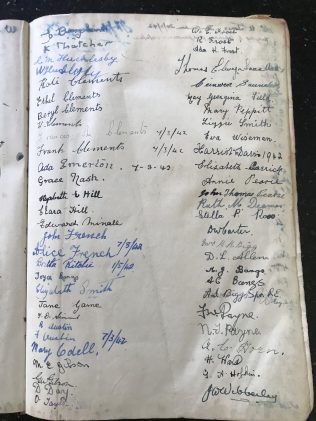 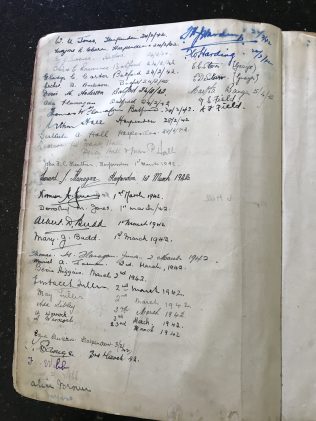 Sixth page (at the rear of the Bible): 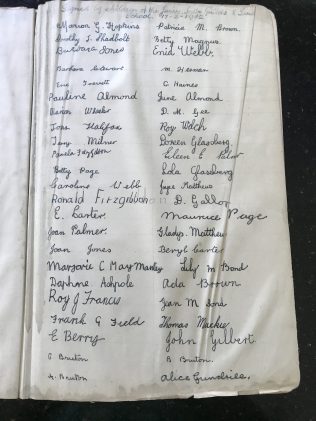