You are here: HomenextTopicsnextJMAnextJMA Collecting Boxes 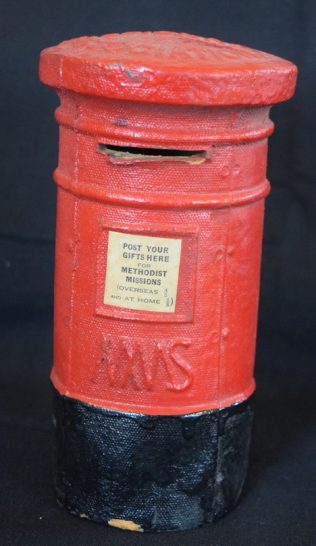 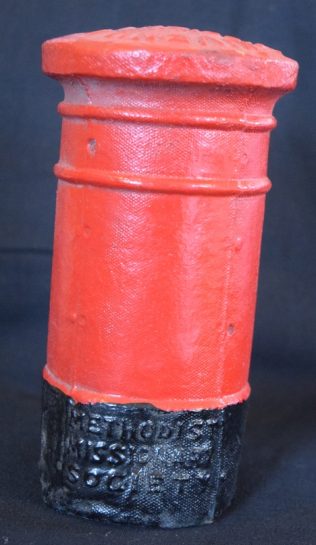 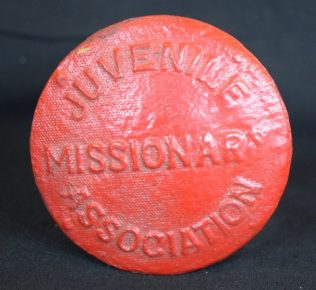 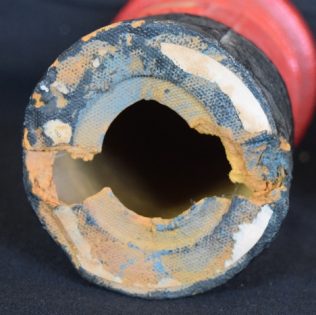 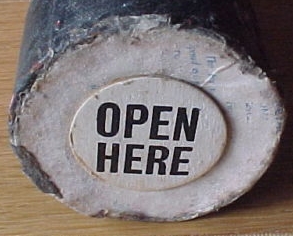 There have been a number of styles of collecting boxes used to collect Junior Missionary funds through the years.

This page shows the pillar box style it is marked with the MMS logo and so is post 1932.

I have found reference to a “Pillar Box” collecting box in the Primitive Methodist tradition so this may have be adopted post union in place of the wooden boxes generally used by the Wesleyan Missionary Society.

It is made from moulded cardboard and is approximately 18cm tall and 9cm wide.

This one is from my own collection.

Unfortunately the base is damaged which accounts for its slight lean but I did find a picture of another on the internet which shows how this should look.