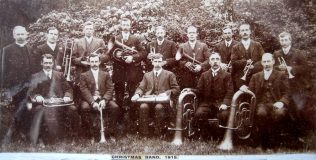 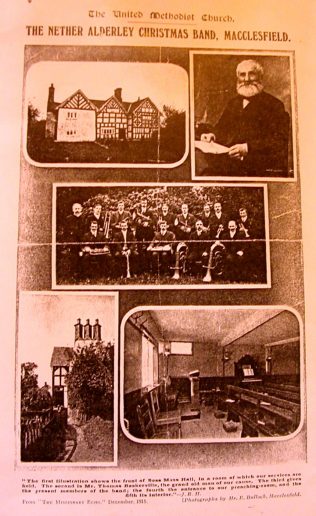 zoom
The page from the Missionary Echo where the photograph appeared

This photograph was printed by Mr E Bullock of Macclesfield and published in ‘The Missionary Echo’. Many of the men lived in Nether Alderley and probably attended the chapel at Soss Moss Hall. There is a possibility that some of then went to war in the next couple of years and maybe did not come back.

The names we know so far are;

Back row, from the left;

B1 wearing a dog collar- possibly the local Minister?

Front Row, from the left;

Can you help fill in the gaps?