You are here: HomenextTopicsnextAction for Children (Including NCH)nextCentenary of the NCH at Highfield Oval, Harpenden

Centenary of the NCH at Highfield Oval, Harpenden 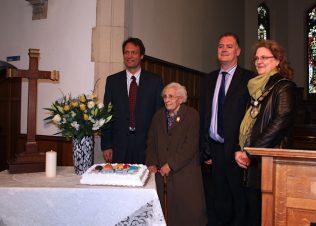 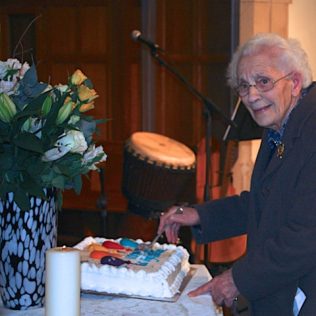 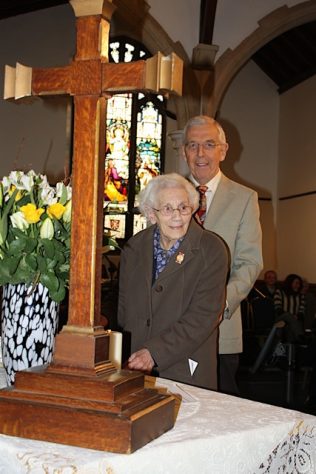 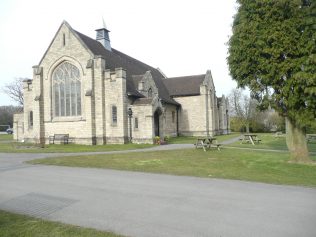 A Centenary Celebration Service was held in the chapel at Highfield Oval on Sunday 7th April 2013. Participants included Lynn Green and John Peachey from Youth With A Mission (which now owns the site), Paul Devlin from Action for Children and Sister Joan Vivash who worked at the Children’s Home for many years. The Service was led by Mr John Farrow and the Blessing was given by Rev Linda Woollacott, Superintendent Minister of the West Herts and Borders Methodist Circuit.

A Celebration Cake was cut by Sister Joan and refreshments were served afterwards, which allowed many of the former residents to renew old friendships.

The following account of the history of the NCH in Harpenden was written by John Farrow and printed in the Order of Service;

The story began in July 1869, when Rev Dr Thomas Bowman Stephenson opened the doors of a little cottage near Waterloo Station to admit the first children to a Children’s Home. In 1871 the Home moved to Bonner Road in Bethnal Green, having acquired much larger premises. In 1910, a sanatorium for children suffering from tuberculosis was established on the edge of Harpenden. It was known as Elmfield.

A move from Bonner Road to larger premises became necessary and in the Spring of 1913 the work of caring for children moved to a new site in Harpenden. It became the largest branch of the National Children’s Home. It was adjacent to Elmfield and  became known as Highfield Oval. Many thousands of children were cared for in family groups at the Oval, each group being under the care of a Sister.

Over the years, many celebrities and hundreds of local people supported a variety of fundraising events Open days were very popular when people would come from churches miles around to bring the contents of their Sunny Smiles collecting boxes. The famous Luton Girls’ Choir supported the Home for many years with regular concerts.

Sunday services were held in the chapel and the Home had its own popular children’s choir which travelled widely. Many older children were trained in the printing school on the Oval site and went on to jobs with printing companies in the area. Training in other trades was also provided.

A change came about in the 1980s when there was a move away from institutional care to a community-based approach and the work at Highfield Oval  was gradually reduced. The last children left in the mid 1980s and it was decided to sell the site. Discussions with the local authority revealed that because of the unique environment and facilities at the Oval any future owner would be required to maintain its institutional purpose. Youth With A Mission eventually struck a deal with NCH and assumed ownership in 1993.

A change of name from NCH was considered appropriate and the charity now operates as Action for Children. The mission now is to break the cycle of deprivation by challenging injustice and empowering children and young people to overcome the obstacles in their lives that hold them back. The work is tailored to local circumstances, in partnership with children, young people, families, communities and local organisations.