You are here: HomenextPeoplenextMissionaries and Mission PartnersnextCaptain Webb the Soldier - Preacher

Discussing the development of Methodism across the world through the migration of soldiers, merchants, etc. 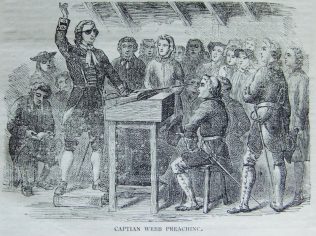 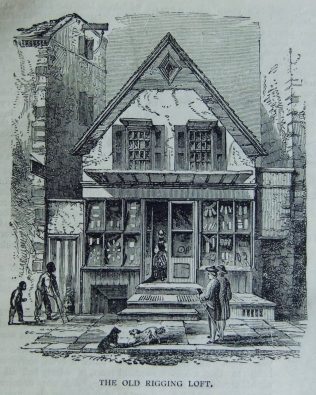 Transcription of Sketch in the Christian Messenger by H.B.K. (probably Holliday Bickerstaff Kendall)

METHODISM has spread from land to land not only through the labours of officially commissioned men, but by the agency of faithful men and women who carried their religion with them wherever they went and sought to propagate it, obeying the highest commission of all. Pious preaching laymen were the forerunners of our missionaries in Canada and the United States, in New Zealand and Australia. Godly Captain Robinson and ship-carpenter Hands prepared the way of Burnett and Roe to Fernando Po. So with parent Methodism. An English Methodist local preacher named Thomas Williams was the means of introducing Methodism into Ireland in 1747, and of forming a society in Dublin of nearly three hundred members.

From Ireland the precious seed was carried by those who might truly be called the ‘scattered,’ for they were of Huguenot descent, and in the land of their exile, when moral deterioration was setting in, Methodism laid its rescuing and regenerating hand upon them. In this connection the names of Philip Embury and Barbara Heck will for ever be famous, for these bore a prominent part in introducing Methodism into the New World.

‘What humble hands unbar those gates of morn,
Through which the splendours of the New Day burst.’

The story has been often told, but it is worth telling again, how Captain Webb, the soldier-preacher, came to the help of the little band of emigrants in New York, who were labouring for the Master in that place with little success and under great discouragement. The story is briefly but clearly told by Dr. Porter in his ‘Compendium of Methodism‘:-

‘In the year 1765 an officer in the English army was awakened and converted under the ministry of Mr. Wesley, at Bristol. Such was the grace of God in him that he felt constrained to declare what the Lord had done for his soul, and to warn his fellow-soldiers to flee from the wrath to come. About this time he was constituted barrack-master at Albany, New York. Hearing on his arrival of the little society in the city, he soon appeared in the midst of them, in his official costume, and awakened no little interest. A converted soldier was a novelty, but not quite so great as a minister of Christ preaching the gospel in regimentals. But Captain Webb had other charms; he spake the Word with power and the Holy Ghost. Thus the new room was soon overflowed and the society was obliged to seek other accommodation. This led to the hiring of a rigging-loft in Williams-street, which, however, did not answer the purpose long. There was too much of novelty, and too much evidence that God was in the movement, to allow the matter to pass unnoticed. The people would come to hear for themselves, though the established ministry warned them against it; and many became alarmed about their souls, turned to the Lord and joined the society, so that the loft became too strait for them. This suggested a meeting-house, which, after much prayer, planning and begging, resulted in the erection of the old John-street Church. This was the first Methodist meeting-house in America, and it was dedicated to God October 30th, 1768, about thirty years after the birth of Methodism in England, and two years after its appearance In America.’

Just two years after, October 24th, 1769, Richard Boardman and Joseph Pilmore, the first missionaries, arrived. The first took up the work in New York, but Pilmore found that Captain Webb had been evangelising in Philadelphia, and he entered into the work so successfully begun there. May the memory of Captain Webb, the soldier-preacher, be ever green!