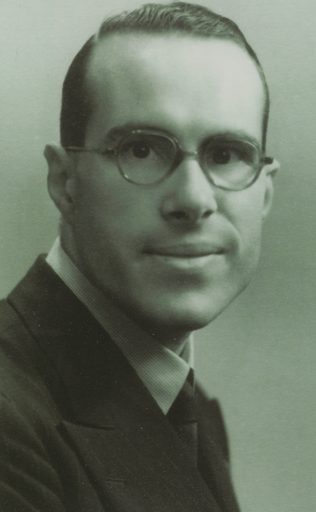 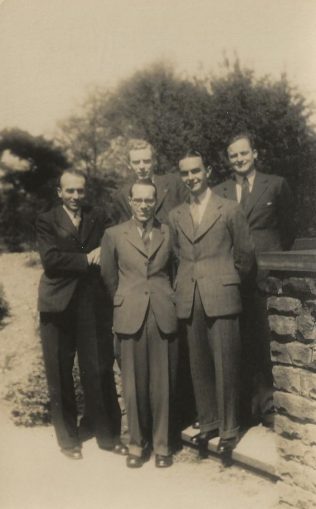 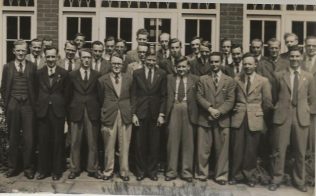 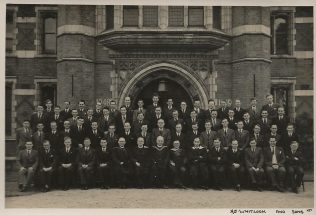 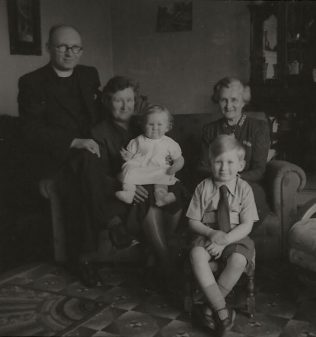 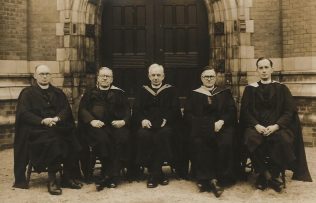 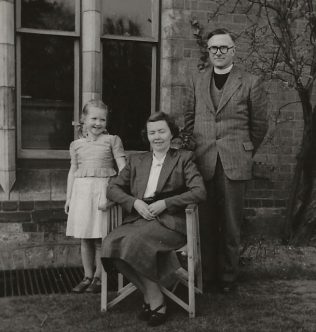 Brian Leslie Day was born on the 10th of June 1924 in Wood Green, London. His father, Stanley George Day (1887-1948) had served as a Corporal in the Machine Gun Corps during WW1, and after the war returned to his profession as a Stockbrokers Clerk.

The Day family came from Guernsey originally and were strong non-conformists in the Congregational tradition. It was Brian’s mother Emily Annie Casemore (1889-1971) who came from a Methodist family, she and Stanley were married at Trinity Methodist Church, Wood Green in 1915 and it was there that the family, including Brian’s brother Philip (1920-2003) worshipped. Between 1935 and 1939 Brian attended Trinity County School (he had attended Garfield Road Junior School in New Southgate at primary level), but at the outbreak of war the family moved to Eastbourne, and Brian finished his secondary education at Eastbourne Grammar School who had opened their doors to over 100 evacuees.

During his school years Brian attended Scout Camps in the summer months and as he got older accompanied his parents on Methodist Guild Holidays, he also served on the editorial committee of the school magazine in 1942-43 as well as acting as a school prefect. His brother Philip joined the RAF as an Engineer, Brian attempted to follow him into the forces, but his eyesight was deemed insufficient for active service. He obtained work as a typesetter.

In 1946 he acted as Best Man to his brother Philip who married Helen Brown. It was about this time that he decided on the ministry, serving a pre-collegiate year in the Stamford Circuit. In 1948 he became a student at Handsworth Theological College in Birmingham. It was on a Methodist Guild holiday at Treloyhan Manor, St. Ives, Cornwall that he met his wife Barbara Joan Bodley (Joan b.1923), en route to a picnic he offered to carry her bag and the relationship blossomed on the holiday and beyond. He was a regular visitor to Joan’s family, her grandfather Ernest David Sykes (1864-1951) a former master tailor, was a local politician and local preacher, so well-known was he for his talks based on insects, he was nicknamed the “Ant-Man”. Joan’s father Allan John Frederick Bodley (1902-1978) was a Farmer at Highfields Farm, nr Polebrook, her mother Edith Kathleen Sykes (1897-1931) had died when Joan was six.  Brian was ordained in 1950, and whilst on probation studied Divinity as an external student with the University of London, graduating as a Bachelor of Divinity in 1952. In the same year he joined the Watton and Rocklands Circuit, living at the Manse on the High Street and working alongside Rev. Harold Ashby. He married Joan at Woburn Sands Methodist Church on 30th July 1953, they honeymooned in Guernsey. The best man was Rev. Frederick Parker (1925-2008), a fellow graduate of Handsworth and they were married by the Rev. Percival Davies the former Minister at Woburn Sands who was a friend of the Sykes family. Joan joined Brian at Watton. They had a strong partnership, Joan had been active in her local church, Girls League, Women’s Institute and with the Chameleons Amateur Drama group in Woburn Sands, she was also a Commandant of the Red Cross. Throughout his ministry Joan played a leadership role in a variety of church-based groups and missionary activity. In 1957 they moved to Burton on Trent, where they adopted a son Michael Jonathan Day (b.1958) through the Methodist Children’s Home.

In 1961 the family moved to Bury, then in Lancashire. With Brian taking on the Brunswick, Limefield and Walmsley Road Churches, he also served as Hospital Chaplain and wrote a regular column “crossfire” on contemporary issues for the Bury Times along with other church leaders. During his appointment he oversaw the opening of the new Seedfield Methodist Church (when Seedfield celebrated its 25th anniversary Brian was invited back to deliver the sermon) .  It was here that Joan and Brian adopted Sarah Catherine Day (b.1962). In 1967 Brian transferred to the village of Ynystawe near Swansea for what was to be a decade of service in Wales. In 1970, after a brief move to Pontypool, the family settled in Abersychan for three years followed by three in Abertillery, where he acted as Superintendent Minister. Both children attended Methodist schools with Michael going to Kingswood, Bath and Sarah Kent College, Canterbury. A difficulty faced working in the Valleys was the requirement to economise and close Methodist Chapels where it was felt there was duplication, in some areas the pre-1932 division between Wesleyan and Primitive was still a reality in terms of congregations and buildings, attempts to merge congregations and close Chapels met with a good deal of resistance, which Brian dealt with the situation with characteristic humour. He adopted the same approach to illness, whilst in Wales he learned that he had a form of Leukaemia, a condition that was to dog him for the rest of his life.

In 1977 Brian moved to what would be his last circuit appointment in Cowes, Isle of Wight (West Wight Circuit). In addition to his regular duties within the Circuit he acted as Chaplain to the Camp Hill and Albany prisons. However, in 1985 he agreed to become a Supernumerary after coping with over 14 years of illness. He and Joan identified a bungalow in Newport, Isle of Wight, but he never lived there, he died on Easter Monday 8th April 1985. His funeral was held at Cowes Methodist Church.

He never drove a car and travelled around by foot or Bicycle, a brief flirtation with a Motor Bike ended with a broken shoulder. He was known for his pastoral work; he finished all his newsletter entries with the words “Let me know if I can help you”. There were occasions when his love of the Methodist Hymn book clashed with his congregations hope for a familiar Hymn, he insisted on using the full range of Hymns, he meticulously recorded the content of the services he led to make sure a sermon (all coded), prayer or combination of Hymns was not repeated at the same Church. All of his sermons were written on recycled paper, A4 cut in half, and stored in a series of shoe boxes. At home in very rare spare moments he enjoyed, stamp collecting and music, and was an accomplished pianist. Both is children now live in Scotland, and his wife Joan in a Care Home on the Isle of Wight.