Presidents of The Conference since 1932 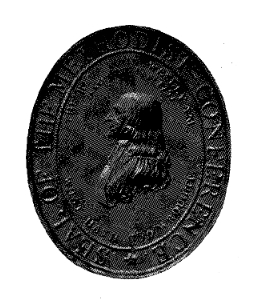 Whilst drafting my page on the million half-crowns appeal I noted that there was a reference to the “then President of Conference” being present at the stone laying and Opening of the Methodist Youth Department HQ but no names were given.

I was surprised, if not dismayed, to find that there is nowhere, easily accessible, on the internet which shows a complete list of those who held the office of President of the Conference since Union in 1932.

We clearly moved away from indicating the educational achievements of the President of Conference sometime between 1983 and 2005 but as I had already typed them into the list I have left those I found in!

The picture is an impress of the Seal of the Conference taken from a Wesley Historical Society Journal which is in the Public Domain. You can read more about the seal in that Journal which can be accessed here

My next task to create some links to biographies of these fine Methodists.