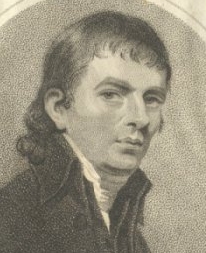 Duncan M’Allum ; who for upwards of half a century ran a successful career in the paths of knowledge, piety, and usefulness.

Having in early life been brought to the knowledge of God by the instrumentality of the Methodists, he employed every hour that he could spare, in reading, meditation, and prayer, with such diligence that his profiting soon appeared.

Until the period of his conversion his education had been neglected, and is knowledge was very limited ; yet, possessing a quick perception, a vigorous understanding, and a retentive memory, in a few years, with little leisure, and with small assistance but from books, he acquired a knowledge of Latin, Greek, Hebrew, and Syriac ; and was well informed in civil and ecclesiastical history, and in most branches of mental and physical science.

His love of useful knowledge continued unabated to his later years ; and he possessed the faculty of rendering his acquisitions available in the elucidation of God’s word.

In March, 1775, he was recommended to the notice of Mr. Wesley, who, after conversing closely with him, appointed him to a Circuit.

His ministry was chiefly confined to Scotland, his native land ; and there his labours were abundant, as he often preached four times on the Lord’s day, -twice in Gaelic and twice in English ; and few have had more seals to their ministry in that country.

A few days before his death, he said to one of his sons, ” I have no extraordinary triumph ; but all is peace. I know in whom I have believed, and he will never leave nor forsake a helpless worm that trusts in him.”

Thus, confidently and calmly leaning on the arm of God, he passed through death to his eternal home, July 21st, 1834, in the seventy-ninth year of his age.

Perhaps no Wesleyan Minister in Scotland was ever better known, more generally esteemed, or more useful ; and among his sincerest admirers were many of the Clergy of the Scottish Church, and Professors of the Scottish Universities.