Obituary from Minutes of Conference 1893 and further information 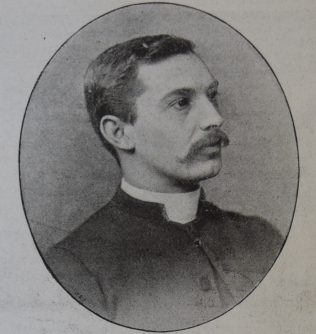 JOHN N.B. HOLDSWORTH; who was born, in 1862, in Jamaica, where his father, Rev. W. Holdsworth, was a Missionary. The grace of God wrought in him an early conversion and consecration to the service of Christ. He entered the Ministry in 1889, and was sent from the List of Reserve to Dunbar.

Under his ministry a great change was wrought. Not only was a dreary, empty church re-modelled and filled, but during the last winter of his work he saw many converted to God.

He rose rapidly to a position of public influence. The service of the helpless and destitute, for Christ’s sake, was with him a passion. In this work he spared no toil. He was very gentle, courteous, and full of affection.

Nature and books and all beautiful things had a great charm for him. His religious life was frank, manly, and full of exuberant vitality.

In the very morning of his work the end came. He was drowned while bathing in the sea on August 10, 1892.

When it was known that he was dead the little children cried in the streets.

The inhabitants of Dunbar have placed a memorial stone upon his grave, for which every household in the town made contributions.

Extract from “The History of Kingswood School – Chapter – Register of Names”

History is available on the Internet Archive https://archive.org/details/historykingswoo00schogoog

These confirm that John (Newstead Barrett) Holdsworth was also born in Jamaica, around 1862.

In 1881 he is in Newark as an apprenctice ironmonger.

The probate entry for his death at Dunbar (10 August 1892) was confirmed by a William Holdsworth, sealed London 14 Sept 1892.