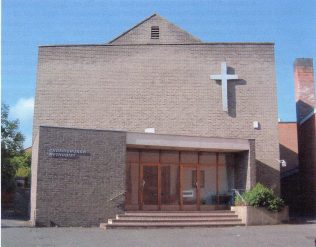 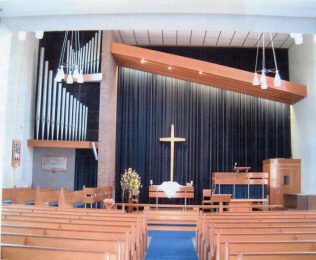 Once thought to have been the largest village in England, Shepshed in 2015 has become a fast expanding small town with a present population of around 15,000 people.  Set within the Loughborough circuit, Shepshed lies near Leicestershire’s northern borders with Nottinghamshire and Derbyshire.

Methodism provoked a riot when it first came to Shepshed in 1757.  Less turbulently the Primitive cause arrived in 1822.  Following years of grim poverty in the mid-19th century a new optimism emerged in the 1870s.  Accordingly the thoughts of Wesleyans and Primitives alike turned to providing suitable places of worship for their increasing membership.

A recently published booklet Written in Stone explores the building of their chapels by unlocking the stories behind a total of 19 foundation stones in addition to numerous named bricks.  Beneath a tangle of family relationships it tells a tale of dreams beyond the immediate capabilities of the respective congregations, finally achieved with great sacrifice and lingering debt.  The account may not be untypical of Methodist chapel building of the period.

The booklet concludes with a brief overview of the post-war development of the buildings.  It then describes their eventual assimilation in 1969 into a new church taking Christchurch as its name and making its home in the then recently modernised former Wesleyan church.  Finally it outlines an ambitious scheme now under way to make the premises fully accessible, energy efficient and attractive for community use.