and the Timberlake family 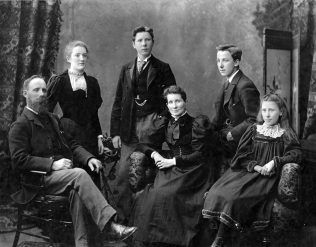 The passing of The Toleration Act 1688-1689 allowed nonconformists to worship openly provided they simply registered the place where worship would take place.  There are a number of records of places that were registered for worship between 1699 and 1829 in the Parishes around Abbots Langley but none of these were Methodists.  As far as can be ascertained Methodism didn’t come to Abbots Langley until 1829 when a schoolroom in possession of a Mr W Bunker was certified on the 12th November of that year.  Amongst the names mentioned as having been one of the Class Leaders was a Mr Timberlake.

This was most probably Joseph Timberlake (1801-1882), my maternal great-great grandfather.  He married Elizabeth Stratford in 1833 at Abbots Langley Parish Church and their first child Joseph was baptized in 1834 at the same church.  Subsequent children were all baptized at Kings Langley Parish Church as they had moved across the valley to live close to the Nash Mills Paper factory where their father worked.

Methodism in Abbots Langley really took off when Matthew Timberlake (1845-1933), my great grandfather, came from Nash Mills with his wife Mary and daughter Annie to live in the village.  We know from Matthew’s diary that both he and his brother William (1844-1928) attended Nash Mills Methodist Church.  William later became a Methodist Minister and subsequently emigrated to Canada in 1871. Matthew, the last of Joseph’s children was a Master Bricklayer and purchased some land in Abbots Langley and built a pair of semi-detached houses.  He was a staunch Methodist and soon made contact with other like-minded people and met with them in their homes for worship. It is on record that Matthew was one of the founding members of the Abbots Langley Methodist Society (as recorded in the Society Class-Book), along with his wife Mary and her sister Esther.  As their numbers grew so they began to hold services in the open air on the green in the centre of the village.  Then much to their surprise, as they were strict teetotallers, the owner of the Bricklayers Arms public house in the centre of the village, gave the growing band of Methodists permission to hold Sunday services on his premises!

At a meeting in Matthew’s home in 1878 a committee was formed with the aim of securing a site for building  a Methodist chapel.  Sums of money were promised, collecting books distributed and later a deposit of £10 was paid to Mr Chalk for the purchase of his builder’s yard and shed (at a cost of £130), close to the cross roads at the centre of the village.  The shed then became the Mission Room and it was used for worship and for a Sunday School.  Matthew Timberlake became the Sunday School Superintendent and remained so for fifty years.  At Christmas time in 1878 a Bazaar was held to raise money towards the cost of the building project.  In 1881 the building of the church was finished and the original walls of the builder’s shed in the church grounds were retained and it was refurbished to become the new Sunday School building.  On August 25th 1881 the premises were dedicated and “Two Sermons” Preached”.  The cost of the building was £398.  It is remarkable that during such a short space of time such progress was made.  This was in a large measure due to the conviction and driving force of Matthew Timberlake.

Complete refurbishment of the church premises as seen today took place in 1963 at a total cost of around £15,000 and was formally opened by Matthew’s granddaughter, Mrs Marion Timberlake Flint.   Church bazaars, (known today as Rainbow Fairs), continue to be held most years in the autumn, to raise funds both for charities and towards the upkeep of the premises.  The church and its members are still at the very heart of the village, active in the community and working closely with other denominations.

At the 42nd Anniversary of the church Matthew said, “ There was a band of men and women who were inspired by the love of God and their neighbours, who like those of old, dug wells and laboured, so that others might drink of the well of salvation, who built the house of God, sang with heart and voice, who enjoyed religion and whose experience was “I KNOW”, had fellowship with one another and to whom religion was the greatest bargain”.